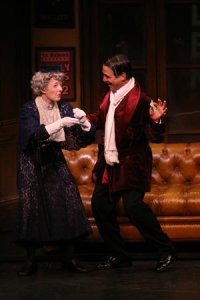 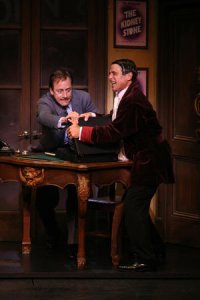 Entertainment News // 1 month ago
Alyssa Milano says she had COVID-19: 'I thought I was dying'
Alyssa Milano announced on Instagram that she has tested positive for COVID-19 antibodies after taking three other tests that came back negative. 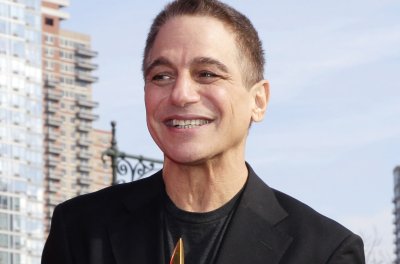 TV // 2 years ago
Josh Groban to co-star with Tony Danza in Netflix dramedy 'The Good Cop'
Singer-songwriter and actor Josh Groban is set to play the son of Tony Danza's character in Netflix's dramedy "The Good Cop." 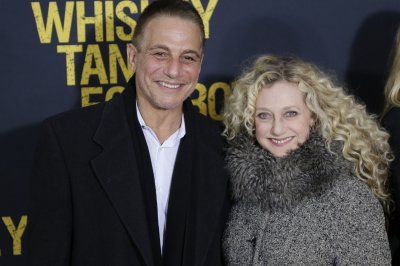 TV // 3 years ago
Tony Danza to star in Netflix series 'The Good Cop'
"Who's the Boss" and "Taxi" alum Tony Danza has signed on to star in "The Good Cop," a 10-episode dramedy series.

How about the fact that Dr. Phil had a kid on last night, 9 years old, and evidently (McGraw) had this thing where he's got these 14 traits of a serial killer. Evidently, this kid has 10 of these traits or something. So what does he do on Monday? He's got to go to school now

I think there should be a fine for Dr. Phil

I was looking for someone whose name ended in a vowel, and I think I found her

Teaching is something I always wanted to do. Getting the opportunity to do it at Northeast High School and seeing the difference a teacher can make was really a dream come true

Tony Danza (born Anthony Salvatore Iadanza; April 21, 1951) is an Italian-American actor best known for starring on the TV series Taxi and Who's the Boss?, for which Danza was nominated for an Emmy Award and four Golden Globe Awards. In 1998, Danza won the People's Choice Award for Favorite Male Performer in a New Television Series for his work on the sitcom The Tony Danza Show.

Danza was born as Anthony Salvatore Iadanza in Brooklyn, New York, to parents Anne Cammisa (1925–1993) and Matty Iadanza (1920–1983), both of whom died from cancer. His family was of Italian ancestry. He has a younger brother, Matty Jr. (born 1954), a Los Angeles restaurant owner. When Danza was 14, he and his family relocated to Malverne, New York on Long Island. Danza attended Malverne High School, graduating in 1968. Danza earned a bachelor's degree in history in 1972 from the University of Dubuque, which he attended on a wrestling scholarship.

It was during his first year of college that he got the Robert Crumb Keep on Truckin' tattoo on his upper right arm. In a 1985 interview in Us Weekly magazine, Danza remarked, "I was playing pool with a guy who had all these tattoos, and I wanted to be friends." Danza sports a "Keep Punching" boxing gloves tattoo on his right shoulder. In college, Danza met and married his first wife, Rhonda Yeoman, with whom he had two children. From 1976 to 1979, Danza was a professional boxer with a 9-3 record, with all of his fights, wins and losses, ending by knockout.

FULL ARTICLE AT WIKIPEDIA.ORG
This article is licensed under the GNU Free Documentation License.
It uses material from the Wikipedia article "Tony Danza."
Back to Article
/