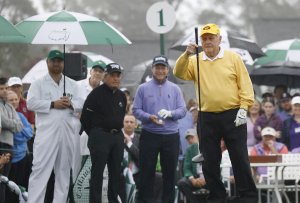 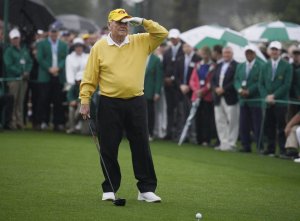 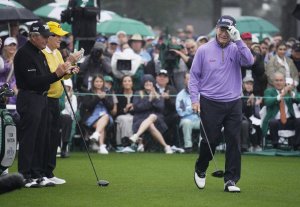 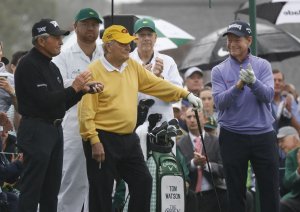 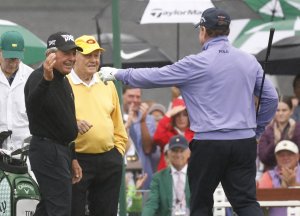 Sports News // 2 months ago
Masters golf 2022: Rahm, Thomas favored as Tiger Woods returns to play
Jon Rahm and Justin Thomas are the favorites to win the 2022 Masters Tournament, which runs Thursday through Sunday in Augusta, Ga. Tiger Woods is expected to play in making his return to a PGA Tour event.

Sports News // 3 years ago
Masters 2019: How to watch the Par 3 Contest
The 2019 Masters starts this week. Here is how to watch Wednesday's Par 3 Contest at Augusta National Golf Club.

World News // 3 years ago
1 million rally in London for 2nd Brexit vote
More than 1 million people participated in a march in London on Saturday, demanding a second public vote on Brexit.

Top News // 3 years ago
The Almanac
On Sept. 4, 2006, Steve Irwin, Australia's internationally renowned "Crocodile Hunter" TV star, was killed by a stingray barb to the heart.

I didn't hit every fairway, but I hit every green today

That's the way to do it, isn't it? We birdied the first seven holes

Tom Watson (April 1859 - May 1915) was an English football manager who managed Sunderland A.F.C. and Liverpool F.C. around the turn of the 20th century.

He was in charge at Sunderland for six seasons from 1889–96. During this time, he led the club into the Football League. Under his guidance, Sunderland won three league championships in 1891–92, 1892–93 and 1894–95, making him the most successful manager in their history.

FULL ARTICLE AT WIKIPEDIA.ORG
This article is licensed under the GNU Free Documentation License.
It uses material from the Wikipedia article "Tom Watson."