TV // 2 years ago
Jessica Alba to have 'surprising turn' on 'No Activity'
Jessica Alba will guest star on the CBS All Access series "No Activity" starring Tim Meadows and Patrick Brammall.

TV // 2 years ago
'The Goldbergs' spinoff receives series order from ABC
ABC has given a series order to an untitled spinoff of "The Goldbergs" that follows teachers from William Penn Academy as seen on the 1980s based comedy. 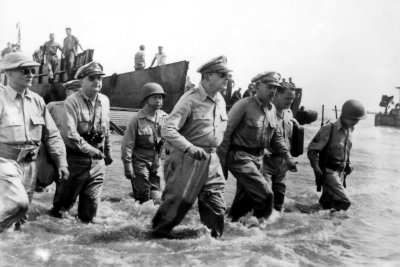 Tim Meadows (born February 5, 1961) is an American actor and comedian best known as one of the longest running cast members on Saturday Night Live.

Meadows was born in Highland Park, Michigan, the son of Mardell, a nurse's assistant, and Lathon Meadows, a janitor. Meadows's start in show business was as a member of The Second City comedy troupe alongside future star Chris Farley. In 1991, Meadows landed a spot on Saturday Night Live and would go on to become a longtime cast member, appearing on the program until 2000. (This was the record for the longest tenure on the show until it was surpassed by Darrell Hammond in 2005). Meadows's lengthy tenure on the show was used as a gag in three monologues when former cast members Phil Hartman and Mike Myers returned to the show to host, and when Alec Baldwin hosted for his twelfth time.

Meadows usually spoofed famous characters such as Oprah Winfrey and Erykah Badu on SNL, and one time remarked that he had no character that was identified to him, such as Wayne and Garth being identified to Mike Myers and Dana Carvey. Eventually he did get an original character with Leon Phelps, "The Ladies' Man", a perpetually horny talk show host who believed himself to be the living definition of what females search for in a man. The sketch/character was adapted into a 2000 film, The Ladies Man, which followed the character's attempts to find love and a suitable outlet for his beloved radio program. Despite a surprise guest appearance by Meadows on Saturday Night Live immediately following his departure to promote the movie, it was not well-received by critics or fans and subsequently flopped at the box office. In 2001 he co-starred in Three Days (2001); in 2003 he appeared as Miles McDermott in The Even Stevens Movie.

FULL ARTICLE AT WIKIPEDIA.ORG
This article is licensed under the GNU Free Documentation License.
It uses material from the Wikipedia article "Tim Meadows."
Back to Article
/