Odd News // 1 year ago
Ring found on rooftop blocks away from tornado-ravaged home
A former college soccer star's championship ring was found on a rooftop a few blocks away from her Texas home months after it was carried off by a tornado. 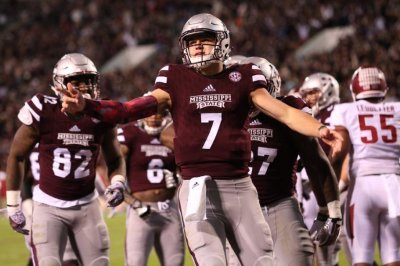 U.S. News // 2 years ago
Texas capital considering name change due to founder's slaveholder past
City officials in Austin, Texas, are considering renaming the city as part of an effort to rid the capital of Confederate monuments.

Stephen Fuller Austin (November 3, 1793 – December 27, 1836), known as the Father of Texas, led the second and ultimately successful colonization of the region by bringing 300 families from the United States. The capital of Texas, Austin in Travis County, Austin County, Stephen F. Austin State University in Nacogdoches, Austin College in Sherman, as well as a number of K-12 schools are named in his honor.

Stephen F. Austin was born in the mining regions of southwestern Virginia (Wythe County), in what is now known as Austinville, some 250 miles (400 km) southwest of Richmond, Virginia. He was the second child of Moses Austin and Mary Brown, the first, Eliza Austin, having lived only one month. On June 8, 1798, when he was four years old, his family moved forty miles west of the Mississippi River to the lead mining region in present-day Missouri. His father Moses Austin received a Sitio from the Spanish government for the mining site of Mine á Breton.

When Austin was eleven years old, his family sent him to be educated at Bacon Academy in Colchester, Connecticut and then at Transylvania University in Lexington, Kentucky, from which he graduated in 1810. After graduating in Kentucky, Austin began studying to be a lawyer, at age twenty-one he served in the legislature of the Missouri Territory. As a member of the territorial legislature, he was "influential in obtaining a charter for the struggling Bank of St. Louis."

FULL ARTICLE AT WIKIPEDIA.ORG
This article is licensed under the GNU Free Documentation License.
It uses material from the Wikipedia article "Stephen F. Austin."
Back to Article
/