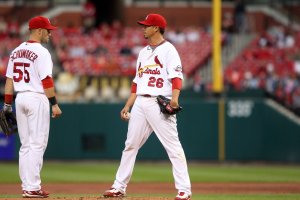 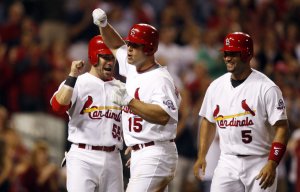 Sports News // 4 years ago
MLB comeback trail: 30 revival stories to track
One year after the New York Yankees witnessed the resurrection of Alex Rodriguez's career, the team hopes to see the revival of another decorated veteran.

Sports News // 4 years ago
Milwaukee Brewers lose eighth straight, two players
MILWAUKEE -- A bad week at the end of a bad season got even worse for the Milwaukee Brewers. 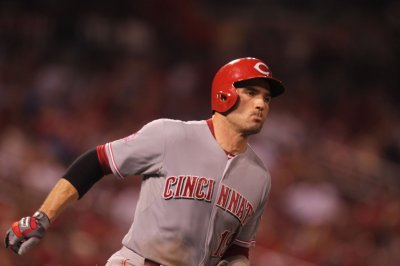 Sports News // 4 years ago
Arizona Diamondbacks rally for 5-4 win over Cincinnati Reds
CINCINNATI -- The Arizona Diamondbacks lead the National League in runs scored. So trailing by four runs after two innings on Thursday night, they thought it was a matter of time before they broke through.

Schumaker graduated from Aliso Niguel High School before a short, two-year career at the University of California, Santa Barbara where he was a member of the Sigma Chi fraternity. In 2001, his only year with regular playing time, Schumaker had 100 total hits for a batting average of an even .400, while achieving 41 RBI. During this year, he was selected in the 5th round of the amateur draft by the Cardinals, and elected not to return to college for a final year.

FULL ARTICLE AT WIKIPEDIA.ORG
This article is licensed under the GNU Free Documentation License.
It uses material from the Wikipedia article "Skip Schumaker."
Back to Article
/