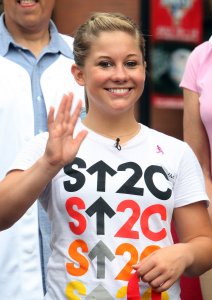 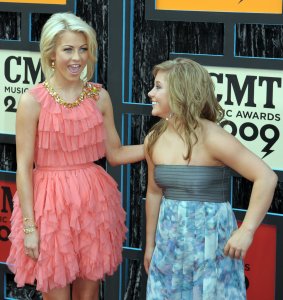 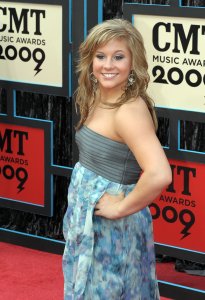 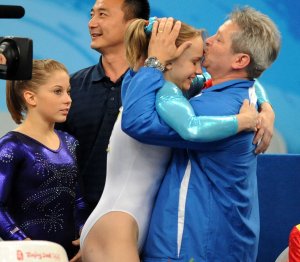 This has been the most amazing experience ever. ... Thank you so much

Shawn Machel Johnson (born January 19, 1992) is an American artistic gymnast. She was the 2008 Olympic balance beam gold medalist and all-around, and floor exercise silver medalist, the 2007 all-around World Champion, and the 2007 and 2008 U.S. all-around champion. She also won the eighth season of Dancing with the Stars.

Johnson was born in Des Moines, Iowa, the only child of Doug and Teri Johnson. Her parents enrolled her in a gymnastics class at age three after they noticed her climbing cabinets and jumping off tables. At age six, Johnson was one of Liang Chow's first students when he opened a gymnastics school in West Des Moines.

Through 2008, Johnson maintained a more balanced lifestyle than typical of elite female gymnasts. She limited her gymnastics training to 25 hours per week, as opposed to the more typical 40 hours. Also unlike many of her peers, she went to a public school, Valley High School. She was on the honor roll, attended football games, and participated in extra-curriculars.

FULL ARTICLE AT WIKIPEDIA.ORG
This article is licensed under the GNU Free Documentation License.
It uses material from the Wikipedia article "Shawn Johnson."
Back to Article
/