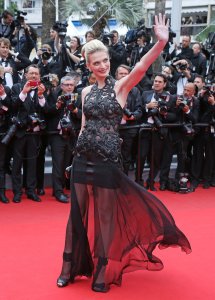 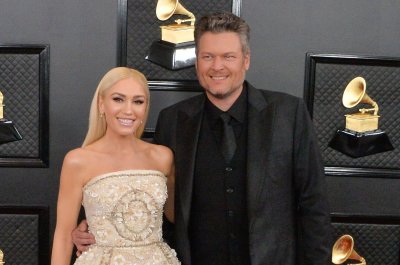 Entertainment News // 6 months ago
Hulu: What's coming and going in October 2020
"Books of Blood," "Helstrom" and new seasons of "The Bachelorette," "The Voice," "SNL" and "90 Day Fiancé" are headed to Hulu.

Entertainment News // 3 years ago
Netflix: What's coming and going in March 2018
"Cruel Intentions," "Casino" and Season 2 of "Jessica Jones," "Santa Clarita Diet" and "A Series of Unfortunate Events" are headed to Netflix.

Entertainment News // 4 years ago
'Bad Moms' Kristen Bell on life as a real mom: 'I don't let myself feel guilty anymore'
The movie {i:Bad Moms} pokes fun at the difficult standards modern mothers are supposed to meet, and its star, Kristen Bell, says she can totally relate.

Sarah Marshall (born 1955) is a stage actress working primarily in the Washington, D.C. region. She has been nominated for the Helen Hayes Award seventeen times and won the award in 1989.

Marshall was born in Kansas, the fifth of eight children in a Catholic military family. During her childhood, she lived in several places in the South. Most of her family currently resides in the south..

As a child, Marshall and her siblings produced plays at their home. Marshall decided to become an actress in the seventh grade after winning a citywide monologue competition in Huntsville, Alabama. Playing the comedic role of the maid in her middle school's production of Junior Miss led her to focus on character acting. She acted throughout high school and college, graduating from Birmingham-Southern College with a degree in theater.

FULL ARTICLE AT WIKIPEDIA.ORG
This article is licensed under the GNU Free Documentation License.
It uses material from the Wikipedia article "Sarah Marshall."
Back to Article
/