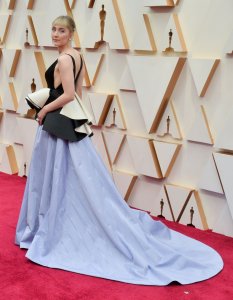 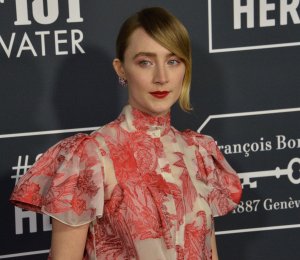 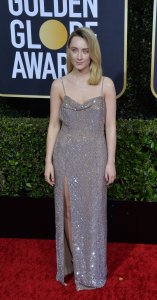 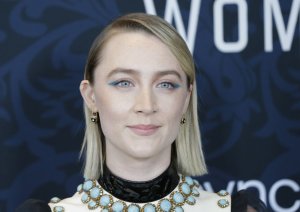 Entertainment News // 1 year ago
Kate Winslet to play 'water goddess' in 'Avatar' sequels
Kate Winslet discussed her character in the "Avatar" sequels and training to hold her breath for underwater scenes.

Movies // 1 year ago
Halle Berry's 'Bruised,' 'Ammonite' with Kate Winslet set for TIFF 2020
The 2020 Toronto International Film Festival announced its lineup on Wednesday and explained how the event will proceed from Sept. 10 to 19 amid the COVID-19 pandemic.

Entertainment News // 2 years ago
Oscars 2020: How to watch
The 92nd annual Academy Awards, which recognizes excellence in film, is set to take place live on Sunday.

Saoirse Ronan (pronounced /ˈsɪərʃə ˈroʊnən/; born 12 April 1994) is an Irish actress. She is the eleventh youngest person to be nominated for an Academy Award and the seventh youngest to be nominated for Best Supporting Actress. Ronan received multiple award nominations for her role as the young Briony Tallis in the film Atonement. She played Susie Salmon in the 2009 film adaptation of the novel, The Lovely Bones (for which she received The Critics Choice Movie Award for "Best Young Actor/Actress"), and Lina Mayfleet in City of Ember.

Ronan, an only child, was born in New York City. She is the daughter of Irish parents Monica and Paul Ronan – the latter an actor – who were living in New York at the time. She was raised in County Carlow, Ireland, having moved to Ireland when she was three years old. As a small child, she sometimes accompanied her father on the set when he was working on such films as The Devil's Own and Veronica Guerin.

and lives in County Carlow.

FULL ARTICLE AT WIKIPEDIA.ORG
This article is licensed under the GNU Free Documentation License.
It uses material from the Wikipedia article "Saoirse Ronan."