U.S. News // 2 weeks ago
Senate questions tech executives on broadband access amid pandemic
A Senate committee on Wednesday heard testimony regarding efforts to maintain and expand broadband Internet access throughout the country amid the COVID-19 pandemic.

World News // 1 year ago
Interpol elects Kim Jong Yang as president over controversial Russian nominee
Interpol on Wednesday elected Kim Jong Yang of South Korea as its new president, thwarting the efforts of Russia to win the seat with its own candidate.

World News // 1 year ago
Russian candidate to lead Interpol opposed by U.S. lawmakers
Interpol will elect a new head Wednesday, and the front-runner appears to be a Russian general who does not have the support of multiple U.S. lawmakers.

U.S. News // 1 year ago
Calif. House races undetermined as 8 states set November match-ups
Primaries in eight states ended Tuesday night, further setting the stage for the midterms this November, but some of the races won't be decided for a while. 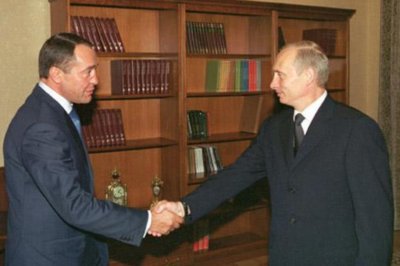 Roger Frederick Wicker (born July 5, 1951) is the junior U.S. Senator from Mississippi and a member of the Republican Party. In December 2007 he was appointed by Governor Haley Barbour to fill the seat vacated by Trent Lott. He subsequently won the 2008 special election for the remainder of the term. Wicker served in the U.S. House of Representatives, representing Mississippi's 1st congressional district from 1995 to 2007.

Wicker was born in Pontotoc, Mississippi on July 5, 1951, and is of English, German, French, and Native American descent. He served as a page in the U.S. House of Representatives when he was 16. He earned a bachelor's degree in journalism and political science and a law degree from the University of Mississippi where he was a member of the Sigma Nu fraternity.

After graduation, Wicker served as an officer in the United States Air Force from 1976 to 1980. Starting in 1980, he was a member of the Air Force Reserve; he retired from the Reserve in 2003 as a lieutenant colonel. Wicker served as a judge advocate.

FULL ARTICLE AT WIKIPEDIA.ORG
This article is licensed under the GNU Free Documentation License.
It uses material from the Wikipedia article "Roger Wicker."
Back to Article
/