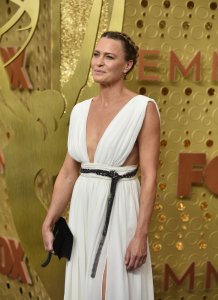 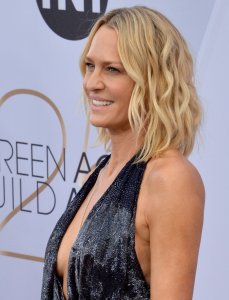 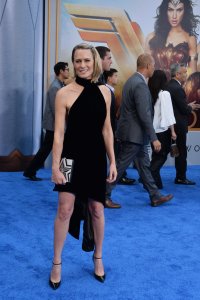 Entertainment News // 11 months ago
Mandy Patinkin comforts grieving 'Princess Bride' fan
Mandy Patinkin has responded to a young woman who tearfully revealed in an online video that "The Princess Bride" was helping her work through the recent death of her father.

Movies // 1 year ago
'Wonder Woman 1984' to open in theaters, stream on HBO Max Dec. 25
Warner Bros. Pictures announced Wednesday that it will release its repeatedly delayed comic-book adaptation, "Wonder Woman 1984," in U.S. theaters and on HBO Max on Dec. 25.

Movies // 1 year ago
Gal Gadot: 'Wonder Woman 1984' speaks to 'danger in greed'
Gal Gadot discussed the "Wonder Woman" sequel and backlash to her "Imagine" video in an interview with Vanity Fair.

Robin Gayle Wright (born April 8, 1966) is an American actress. She is best known for her roles as Jenny Curran in Forrest Gump and as Buttercup in The Princess Bride. She has also been credited as Robin Wright Penn.

She was listed as one of twelve "Promising New Actors of 1986" in John Willis' Screen World, Vol. 38. . Wright first became famous on television, playing Kelly Capwell on the soap opera Santa Barbara, which earned her three Daytime Emmy nominations. She shot to stardom after her roles as Buttercup in The Princess Bride and Jenny Curran in Forrest Gump, the latter role garnering her Golden Globe Award and Screen Actors Guild nominations for Best Supporting Actress. Wright was offered the role of Maid Marian in Robin Hood: Prince of Thieves, but turned it down because she was pregnant. She had to back out of the role of Abby McDeere in The Firm (1993), with Tom Cruise, upon discovering that she was pregnant with her second child (son Hopper Penn).

FULL ARTICLE AT WIKIPEDIA.ORG
This article is licensed under the GNU Free Documentation License.
It uses material from the Wikipedia article "Robin Wright."