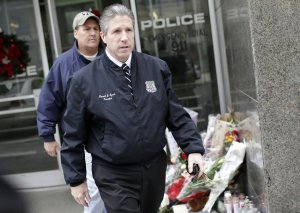 U.S. News // 8 months ago
Dr. Mehmet Oz announces bid for Pennsylvania Senate seat
Dr. Mehmet Oz, who rose to fame on "The Oprah Winfrey Show," announced a bid to run for the U.S. Senate in Pennsylvania as a Republican on Tuesday.

Entertainment News // 1 year ago
Casts announced for Broadway's 'Take Me Out,' 'Hamilton'
Patrick J. Adams, Jesse Tyler Ferguson and Jesse Williams are set to star in the upcoming Broadway revival of Richard Greenberg's baseball play, "Take Me Out."

TV // 1 year ago
'The Right Stuff' space drama to premiere Oct. 9 on Disney+
Disney+ released a trailer for "The Right Stuff," a National Geographic series about the Mercury Seven astronauts.

We believe there is now an opportunity for a U.S. listed futures index targeted at China. This is a first

He attended the University of Southern California, graduating with a BFA in theatre in 2004.

Adams made his mark in episodes of the U.S. series Cold Case and Jack and Bobby, and has since appeared in Lost, Friday Night Lights, Without a Trace, Commander in Chief, Heartland, Ghost Whisperer, NCIS, Cupid and A Legal Mind.

FULL ARTICLE AT WIKIPEDIA.ORG
This article is licensed under the GNU Free Documentation License.
It uses material from the Wikipedia article "Patrick J.."