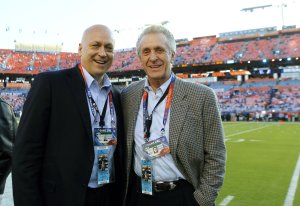 NBA // 6 months ago
Tyler Herro, Kendrick Nunn credit Heat's culture for their success
Tyler Herro and Kendrick Nunn are the latest byproducts of the Miami Heat culture, a tradition of hard work and discipline the franchise is known for throughout the NBA. 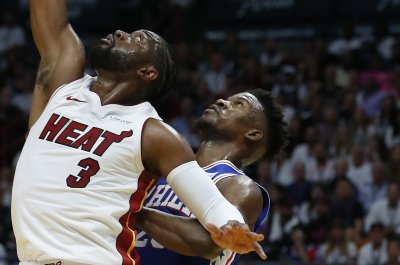 NBA // 1 year ago
Dwyane Wade goes for 30 in Heat home finale
Dwyane Wade went off for a game-high 30 points in the final home game of his NBA career, helping the Miami Heat beat the Philadelphia 76ers Tuesday in Miami.

NBA // 2 years ago
Barkley tells Shaq that D-Wade, Kobe carried him to NBA titles
Charles Barkley and Shaquille O'Neal got extra heated about winning -- and not winning -- NBA titles.

NBA // 2 years ago
Dwyane Wade lands in Miami, posts hype video
Dwyane Wade and the Miami Heat are excited to reunite and have the hype videos to prove it.

NBA // 2 years ago
Spurs' Manu Ginobili shocks everyone in area -- including refs -- with pass for 3-pointer
San Antonio Spurs veteran Manu Ginobili had a pass so bad that it was good, making it for a 3-pointer. 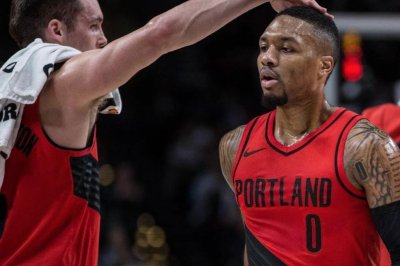 This game is now about younger coaches who are technologically skilled, innovative and bring fresh new ideas

Riley was born in Rome, New York, and raised in Schenectady. His father, Leon Riley, played twenty-two seasons of minor league baseball as an outfielder and first baseman, and appeared in 4 games for the 1944 Philadelphia Phillies.

Riley played for Linton High School in Schenectady, New York under head coach Walt Przybylo and his assistants Bill Rapavy and Ed Catino. Linton High School's 74–68 victory over New York City's Power Memorial on December 29, 1961, is remembered mostly for its two stars: Power Memorial's Lew Alcindor (who later changed his name to Kareem Abdul-Jabbar); and his future coach with the Los Angeles Lakers, Linton's Riley. In 1991, Riley called it, "One of the greatest games in the history of Schenectady basketball."

FULL ARTICLE AT WIKIPEDIA.ORG
This article is licensed under the GNU Free Documentation License.
It uses material from the Wikipedia article "Pat Riley."
Back to Article
/