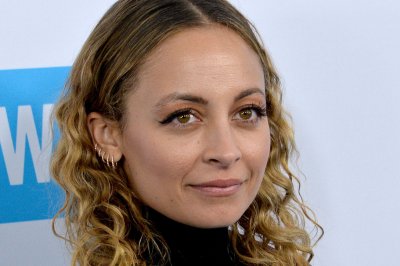 Entertainment News // 11 months ago
MTV VMAs 2020: How to watch, what to expect
MTV will air the 37th annual Video Music Awards live from various locations in New York City Sunday at 8 p.m. EDT.

When I found out that I was pregnant, there was just something inside of me that felt a responsibility to mend any issues that I've had with my parents in the past, because, listen, I've put them through a lot

When I found out that I was pregnant, there was just something inside of me that felt a responsibility to mend any issues that I've had with my parents in the past, because, listen, I have put them through a lot

I know there are rumors regarding my 'breakup' with Brody Jenner

Richie relationship over before it begins Oct 05, 2006

I told Tori I named my rat after her, and Tori said it was funny, but I could tell it hurt her feelings

Nicole Camille Richie (born Nicole Camille Escovedo; September 21, 1981) is an American fashion designer, author, actress, Singer and television personality. Her father was Peter Michael Escovedo, a musician who played for a brief time with Lionel Richie, and her mother was the executive assistant for Sheila Escovedo, Karen. Nicole Richie is the adopted daughter of soul singer Lionel Richie and his then-wife Brenda Harvey. Richie is perhaps best known for her role in the Fox reality television series The Simple Life. In recent years Richie has focused on charity work and environmental issues. In November 2007 Richie and husband Joel Madden created "The Richie Madden Children's Foundation".

Richie's tumultuous personal life has attracted significant publicity in tabloid press, for her dramatically thin appearance, which sparked rumors of an eating disorder, to driving under the influence (DUI) arrests in 2003 and 2006, and her extensive drug abuse throughout her late teenage years and early twenties.

Nicole Richie was born Nicole Camille Escovedo in Berkeley, California, Nicole’s birth parents found it difficult to provide for her financially and, at the age of three, they agreed to let her move in with Lionel Richie and his then-wife Brenda Harvey. "My parents were friends with Lionel," she says. "They trusted that they would be better able to provide for me." Initially, Lionel Richie became her guardian. Lionel Richie and his wife, Brenda Harvey, effectively raised Nicole as their daughter. Nicole began attending weekly sessions with a psychotherapist at age three, remaining in therapy throughout childhood. Nicole was legally adopted by the Richies at age nine. Shortly after the adoption was formalized, Lionel's affair with another woman became public knowledge. The Richies went through a bitter, public split, and as a result, indulged Nicole's every whim. "Their way of making me happy was to say yes to everything I wanted, but I don't think a little girl should have that much freedom," said Richie in an interview with Vanity Fair magazine. Lionel Richie remarried following his divorce and gave Nicole two younger siblings: Myles (born 1994) and Sofia (born 1998). Richie has one godmother, Nancy Davis, daughter of Marvin Davis and mother of Brandon Davis. Quincy Jones and Michael Jackson were each Richie's godfathers. Jones said in a People magazine interview that he has "known Nicole Richie since she was a baby. She's a very smart girl". Early Childhood friend of Paris Hilton.

FULL ARTICLE AT WIKIPEDIA.ORG
This article is licensed under the GNU Free Documentation License.
It uses material from the Wikipedia article "Nicole Richie."
Back to Article
/