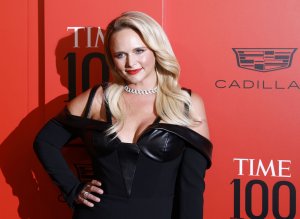 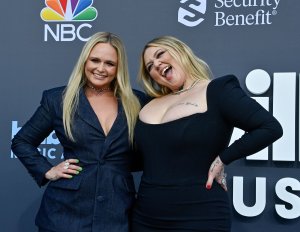 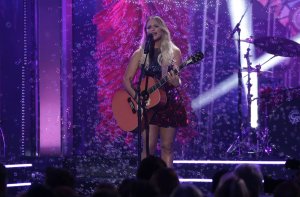 Music // 3 months ago
Ed Sheeran, Travis Scott, others to perform at 2022 Billboard Music Awards
Billboard on Monday announced a new slate of performers for its upcoming awards show, with Ed Sheeran and Travis Scott among the artists joining the performance lineup.

Music // 4 months ago
CMT Music Awards: How to watch, what to expect
The 56th annual CMT Music Awards will air live Monday from the Municipal Auditorium in Nashville.

It's saved me about three years of playing honky tonks around Texas. This is a great launching pad for all of us

Miranda Leigh Lambert (born November 10, 1983) is an American country music/Texas Country artist who gained fame as a finalist on the 2003 season of Nashville Star, where she finished in third place and later signed to Epic Records. Lambert made her debut with the release of "Me and Charlie Talking", the first single from her 2005 debut album Kerosene. This album, which was certified Platinum in the United States, also produced the singles "Bring Me Down", "Kerosene", and "New Strings". All four singles were Top 40 hits on the Billboard Hot Country Songs charts.

After Epic's Nashville division closed, Lambert was transferred to Columbia Records Nashville for her second album, Crazy Ex-Girlfriend, which was released in early 2007. Although the title track failed to make top 40, the next three singles ("Famous in a Small Town", "Gunpowder & Lead", and "More Like Her") were all Top 20 hits, with "Gunpowder & Lead" becoming her first Top 10 country hit in July 2008. Lambert's third album, Revolution, was released in September 2009. Five singles have been released from the album, including Lambert's two Number One hits "The House That Built Me," which spent four weeks at the top of the chart, and "Heart Like Mine". Lambert has also been honored by the Grammy Awards, the Academy of Country Music Awards, and the Country Music Association Awards.

Miranda Leigh Lambert was born November 10, 1983 in Longview, Texas and raised in Lindale, Texas. Her father, Richard Lee "Rick" Lambert, is a retired police officer who in later life became a private investigator in partnership with her mother, Beverly June Lambert (née Hughes). Miranda was taught about guns by her father at an early age and later became an avid deer hunter. Her parents took her to a Garth Brooks concert when she was nine and this started her interest in country music. Her father wrote and performed country music and she soon began singing in talent contests under his tutelage.

FULL ARTICLE AT WIKIPEDIA.ORG
This article is licensed under the GNU Free Documentation License.
It uses material from the Wikipedia article "Miranda Lambert."