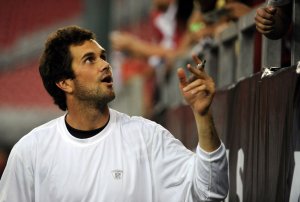 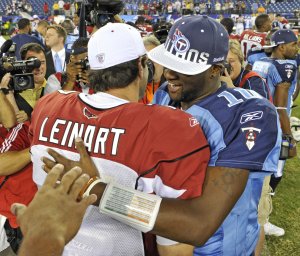 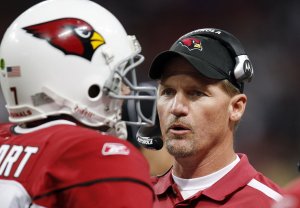 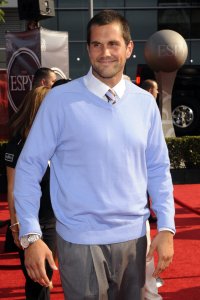 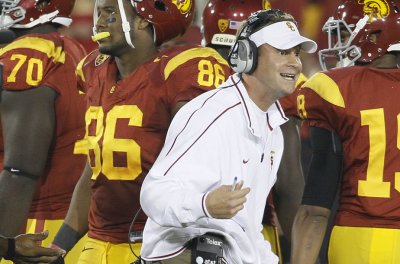 College Football // 3 years ago
Rose Bowl working to honor Jackson with statue
The late Keith Jackson may soon be memorialized in the place he once referred to as "The Granddaddy of Them All."

NBA // 4 years ago
Kurt Warner's journey capped with enshrinement into Hall of Fame
CANTON, Ohio -- There might be no better word than surreal to describe the astounding journey of Kurt Warner to the Pro Football Hall of Fame.

I dealt with tendinitis in my elbow this past season

I realize there's a small (injury) risk that I'm taking, but it doesn't factor into my head

Matthew Stephen Leinart (born May 11, 1983), is an American professional football quarterback for the Houston Texans of the National Football League. Leinart previously played for four seasons (2006–2009) with the Arizona Cardinals, largely in a backup role to the now-retired Kurt Warner, before being released on September 4, 2010.

Leinart played collegially at the University of Southern California. In 2004, he led the Trojans to the BCS national championship and was named that year's winner of the Heisman Trophy as well as the winner of the inaugural Manning Award, which is awarded to the country's top quarterback. The championship was vacated by the BCS on June 6, 2011.

The left-handed passing Leinart was selected tenth overall in the 2006 NFL draft by the Arizona Cardinals. Despite possessing what draft experts believed was a good frame for a quarterback (6'-5”, 230 pounds), they believed his lack of a strong throwing arm, such as that possessed by his predecessor, Carson Palmer (now with the Cincinnati Bengals), would be a detriment in his professional career.

FULL ARTICLE AT WIKIPEDIA.ORG
This article is licensed under the GNU Free Documentation License.
It uses material from the Wikipedia article "Matt Leinart."
Back to Article
/