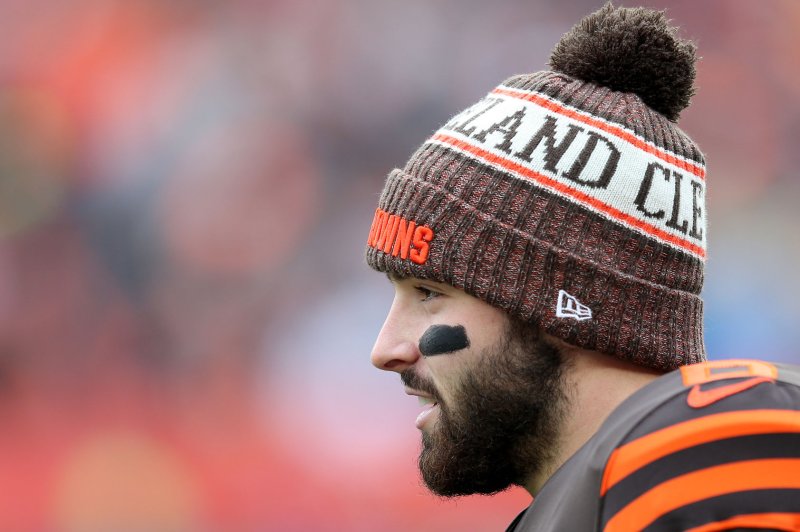 Cleveland Browns quarterback Baker Mayfield looks on from the sideline against the Cincinnati Bengals on December 23 at FirstEnergy Stadium in Cleveland. Photo by Aaron Josefczyk/UPI | License Photo

The Cleveland Browns quarterback was participating in the California Strong Celebrity Softball Game on Sunday when he pulled off the play at Eddy D. Field Stadium at Pepperdine University in Malibu, Calif. The event's proceeds went directly to victims of the recent California wildfires and the Borderline Bar and Grill shooting in Thousand Oaks.

At one point in the clash, Mayfield stepped into the box for an at-bat. The left-handed slugger sent a fly ball to the outfield, between second and third base. The left fielder dropped the ball. She got it into the relay man as Mayfield was nearing third base. But the throw was offline, going past third base and allowing Mayfield to make the turn.

Mayfield initially jumped over the catcher's tag and had to double back in order to tap home for the run.

The Cleveland Indians posted a video of Mayfield in batting practice after the game. But Mayfield wanted his real highlight to be known.

"C'mon, you can't show BP hacks," Mayfield responded, while posting a video of his homer.