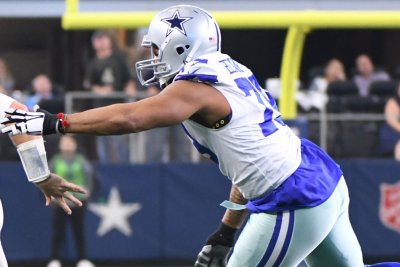 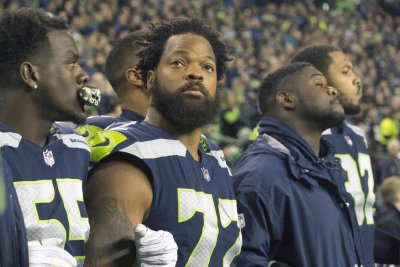 NFL // 2 years ago
Retired TE Bennett says '89 percent' of players use marijuana
Recently retired NFL tight end Martellus Bennett said on the NFL Channel on Wednesday that he believes about 90 percent of the players in the National Football League use marijuana.

NFL // 2 years ago
Notebook: Bethel agrees to terms with Falcons
Cornerback Justin Bethel agreed to terms on a contract with the Atlanta Falcons, the team announced on Saturday. 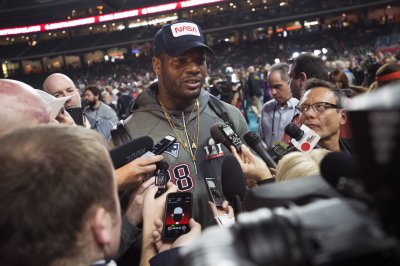 NFL // 2 years ago
Veteran TE Bennett announces his retirement
Tight end Martellus Bennett is calling it a career after 10 seasons in the NFL.

NFL // 2 years ago
Notebook: League proposes new rules for catch
NFL Senior Vice President of Officiating Al Riveron announced Wednesday that the Competition Committee will recommend new language to determine whether a catch is made.

NFL // 2 years ago
Bennett might retire after 10 NFL seasons
Free agent tight end Martellus Bennett is still looking for a team, but he said he is not sure whether he will play in 2018 anyway.

NFL // 2 years ago
2018 NFL Free Agent guide: Top players available in free agency
If the first two months of the 2018 NFL offseason are any indication, expect the action to be dizzying when the new league year begins on Wednesday.

Martellus Demond Bennett (born March 10, 1987 in Alief, Texas) is an American football tight end for the Dallas Cowboys of the National Football League. He played college football at Texas A&M.

Bennett played football and basketball at Alief Taylor High School in Alief, Texas. He was a three-year starter and two-time All-District and All-Greater Houston selection at tight end. As a sophomore, he averaged 12.4 yards per catch. During his junior year, he grabbed 13 catches for 170 yards and two touchdowns. In his senior year, he caught a team-high of 42 catches for 487 yards and six touchdowns, earning first-team Class 5A all-state honors from the Texas Sports Writers Association. He also averaged 23 points and 8.2 rebounds per game as a senior in basketball.

As a college football prospect in his senior year of high school, Bennett was a five-star recruit ranked by Rivals.com as the No. 1 tight end and No. 8 best player in the 2005 prospect class. He was recruited by Texas A&M, Duke, Kansas, LSU, Miami, Oklahoma, and Texas. Although originally committed to play for Miami, he chose to sign a National Letter of Intent to play for Texas A&M.

FULL ARTICLE AT WIKIPEDIA.ORG
This article is licensed under the GNU Free Documentation License.
It uses material from the Wikipedia article "Martellus Bennett."
Back to Article
/