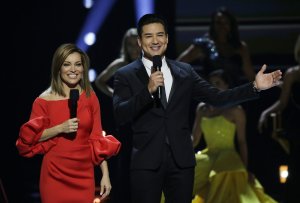 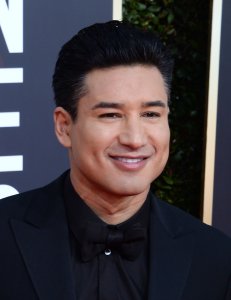 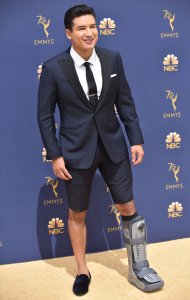 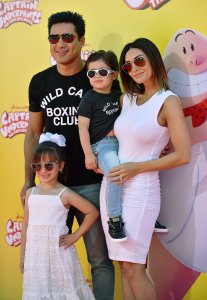 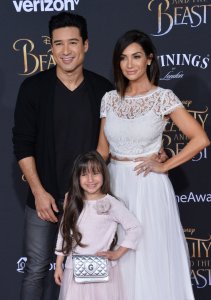 TV // 1 week ago
'Saved by the Bell' reboot to return for Season 2 in November
The "Saved by the Bell" reboot, featuring Mario Lopez, Mark-Paul Gosselaar, Tiffani Thiessen, Elizabeth Berkley and Lark Voorhies, will return for a second season on Peacock.

Top News // 2 weeks ago
The Almanac
On Oct. 10, 2005, Angela Merkel became the first female chancellor of Germany after her Christian Democrats won the parliamentary election.

TV // 6 months ago
Mario Lopez says he doesn't want to be a 'homewrecker' on 'Saved by the Bell'
Mario Lopez and Elizabeth Berkley discussed whether or not their characters Slater and Jessie will get back together on "Saved by the Bell" Monday while appearing on "The Ellen DeGeneres Show."

Entertainment News // 9 months ago
Dustin Diamond begins chemotherapy after cancer diagnosis
Dustin Diamond, who played Samuel "Screech" Powers on "Saved by the Bell," completed a first round of chemotherapy for stage 4 lung cancer.

TV // 9 months ago
'Saved by the Bell': Peacock renews revival for Season 2
The "Saved by the Bell" reboot, starring Mario Lopez, Elizabeth Berkley and Haskiri Velazquez, will return for a second season on Peacock.

Karina and I have the utmost respect for each other. She is a phenomenal and talented woman. I support her always and feel blessed to have her in my life

There are so many things these days, like Maxim, where you can check out beautiful women

Mario Michael Lopez, Jr. (born October 10, 1973) is an American actor who has appeared on several television series, in films, and on Broadway. He is best-known for his portrayal of the character A.C. Slater on Saved By The Bell. He has appeared in numerous projects since, including the third season of Dancing with the Stars and as a celebrity guest host for the syndicated entertainment news magazine show Extra. He currently hosts America's Best Dance Crew, for MTV.

Mario Michael Lopez is of Mexican descent and was born in San Diego, the son of Elvia, a telephone clerk, and Mario Lopez, Sr., who worked for the municipality of National City. He was raised Roman Catholic. Lopez was a high school wrestler. He graduated from Chula Vista High School in 1991.

Born in 1973 Mario Lopez's professional career began in 1984 when he appeared as younger brother Tomás in the short-lived ABC comedy series a.k.a. Pablo. That same year, he was cast as a drummer and dancer on Kids Incorporated. In March 1987, he was cast as a guest star on the popular sitcom Golden Girls as a Cuban boy named Mario who faces deportation. In 1989, Lopez was cast as A.C. Slater in the popular television sitcom Saved by the Bell, a role which lasted five years. Lopez's character was a masculine, athletic student, helping to garner the actor a sizeable teenage-girl fan base. After Saved by the Bell ended in 1993, Lopez went on to reprise his role as A.C. Slater in the short-lived spin-off series Saved by the Bell: The College Years.

FULL ARTICLE AT WIKIPEDIA.ORG
This article is licensed under the GNU Free Documentation License.
It uses material from the Wikipedia article "Mario Lopez."