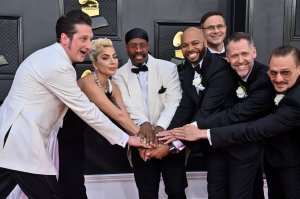 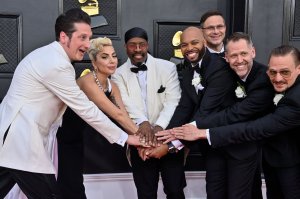 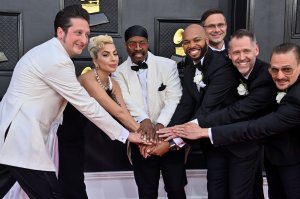 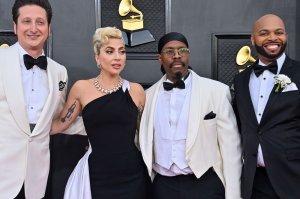 Entertainment News // 2 months ago
Met Gala 2022: What to expect
Celebrities will attend the Met Gala Monday at the Metropolitan Museum of Art in New York.

Music // 3 months ago
Grammys 2022: How to watch, what to expect
The 64th Grammy Awards, presented by the Recording Academy, will air on Sunday from Las Vegas.

I'm so honored for all the little monsters and self-professed freaks of the universe, to have more VMA nominations in a single year than any artist in MTV history. Ironically, I'm even more proud it's an unlucky number: 13

I got a call from some big rappers and big rockers. They said, ''We'd like you to boycott Arizona because of SB 1070.' I told them, 'Do you really think that us ... pop stars are going to shut down the state

They took his brother, and now he is in Mexico. ... It's really (unfair), and it's really disgusting. I think it's important that people understand that it's a state of emergency for this place and this state

I am furious and devastated, its unfair to my fans and to me

Stefani Joanne Angelina Germanotta (born March 28, 1986), better known by her stage name Lady Gaga, is an American pop singer-songwriter. After enrolling at New York University's Tisch School of the Arts in 2003 and later performing in the rock music scene of New York City's Lower East Side, she signed with Streamline Records, an imprint of Interscope Records. During her early time at Interscope, she worked as a songwriter for fellow label artists and captured the attention of recording artist Akon who, recognizing her vocal abilities, signed her to his own label, Kon Live Distribution.

Gaga came to prominence following the release of her debut studio album The Fame (2008), which was a critical and commercial success and achieved international popularity with the singles "Just Dance" and "Poker Face". The album reached number one on the record charts of six countries, topped the Billboard Dance/Electronic Albums chart while simultaneously peaking at number two on the Billboard 200 chart in the United States and accomplished positions within the top ten worldwide. Achieving similar worldwide success, The Fame Monster (2009), its follow-up, produced a further three global chart-topping singles "Bad Romance", "Telephone" and "Alejandro" and allowed her to embark on her second global concert tour, The Monster Ball Tour, just months after having finished her first, The Fame Ball Tour. Her second studio album Born This Way (2011) topped the charts in all major musical markets after the arrival of its singles "Born This Way", "Judas" and "The Edge of Glory" – the first-mentioned achieved the number-one spot in countries worldwide and was the fastest-selling single in the history of iTunes, selling one million copies in five days.

Inspired by glam rock singers like David Bowie and Freddie Mercury, as well as dance-pop artists such as Madonna and Michael Jackson, Gaga is well-recognized for her outré and ever-changing sense of style in music, in fashion, in performance and in her music videos. Her contributions to the music industry have accrued her numerous achievements including five Grammy Awards, among twelve nominations; two Guinness World Records; and the estimated sale of 13 million albums and 51 million singles, making her one of the best-selling music artists worldwide. Billboard named her the Artist of the Year in 2010, ranking her as the 73rd Artist of the 2000s decade. Gaga has been included in the Time 100 list of the most influential people in the world as well as being listed in a number of Forbes' annual lists.

FULL ARTICLE AT WIKIPEDIA.ORG
This article is licensed under the GNU Free Documentation License.
It uses material from the Wikipedia article "Lady Gaga."