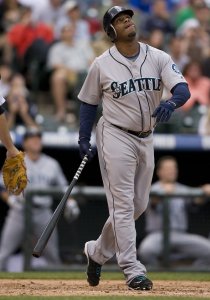 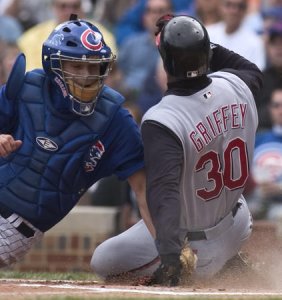 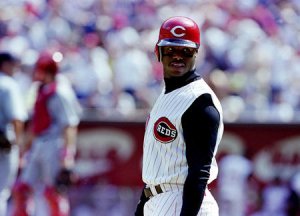 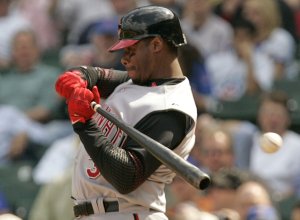 MLB // 1 year ago
Marlins aiming to deflect Rays
MIAMI -- Talented former first-round pick Billy McKinney, the Toronto Blue Jays' rookie left fielder and leadoff batter, is already playing for his fourth major-league organization even though he is only 24 years old. 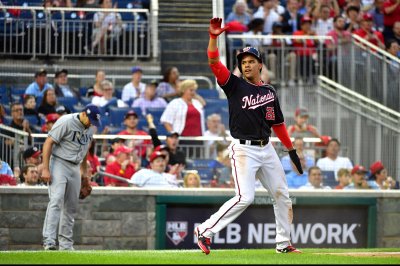 MLB // 1 year ago
Blue Jays return home to face Nationals, Soto
TORONTO -- Fans of the Toronto Blue Jays will have a chance to see a 19-year-old phenom on Friday night.

MLB // 1 year ago
Tigers, Mariners square off in Seattle
Matthew Boyd grew up on Mercer Island, just across the bridge from Safeco Field. He idolized Hall of Famer Ken Griffey Jr.

I'm just trying to get back to, or close to, what I was before

Griffey made his Major League Baseball debut on August 25, 1973 with the Cincinnati Reds. That season, Griffey played in only 25 games, but batted .384 with three homers. The following season, Griffey saw more playing time with 88 games. In 1975, Griffey began to break out with a .305 batting average with four home runs and 46 RBIs. Griffey's greatest season came in 1976, when he came just short of winning the batting title behind the Cubs' Bill Madlock. Griffey chose to sit out the final day of the season to protect his batting title and it came back to haunt him as Madlock collected four hits that same day. Griffey entered the game late after hearing the news, and went 0 for 2. Many baseball purists were disappointed in Griffey (and perhaps more so in his manager, Sparky Anderson, for choosing to sit him out to gain an individual accolade). Fans were reminded of the decision of Ted Williams to play on the final day of his season where he could have lost his .400 average in 1941. Williams played both ends of a double header, and wound up with .406 average to end his remarkable season.

Griffey batted a career high .336, finished eighth in the Most Valuable Player voting, and was named to The Sporting News National League All-Star team. That season, the Reds won their second consecutive World Series title. Also, the season marked the end of The Big Red Machine in Cincinnati, Ohio. The team, which ended when Tony Perez left the team, consisted of greats such as Pete Rose, Joe Morgan, and Johnny Bench. In the next four seasons, Griffey batted .318, .288, .316, and .294 with a total of 43 home runs. In Griffey's final season of his first stint with the Reds, 1981, he batted .311 with only two home runs and 34 RBIs.

FULL ARTICLE AT WIKIPEDIA.ORG
This article is licensed under the GNU Free Documentation License.
It uses material from the Wikipedia article "Ken Griffey."
Back to Article
/