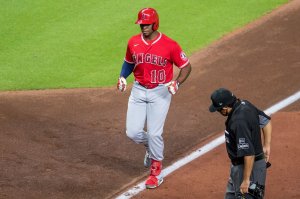 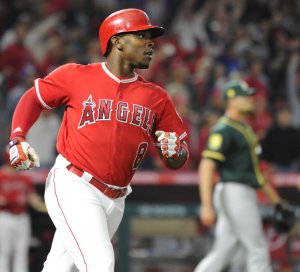 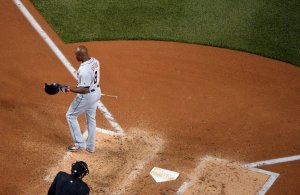 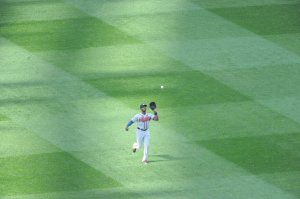 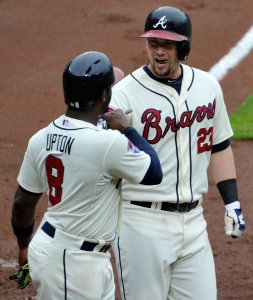 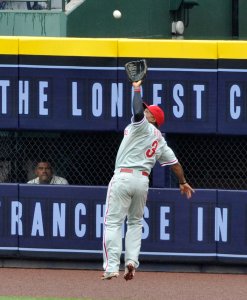 MLB // 1 year ago
Angels phenom Shohei Ohtani hammers 470-foot homer vs. Royals
Shohei Ohtani smacked the longest home run of his career for his latest exploit in what continues to be a historic season for the dynamic playmaker.

MLB // 1 year ago
Angels' Shohei Ohtani hits 450-foot homer, throws 101-mph pitch in same inning
Shohei Ohtani displayed his dynamic skill set when he hit the hardest home run and threw the fastest pitch for a starting pitcher so far this season in a Los Angeles Angels win over the Chicago White Sox.

MLB // 1 year ago
Angels acquire OF Dexter Fowler in trade with Cardinals
Veteran outfielder Dexter Fowler is headed to the Los Angeles Angels after he was traded from the St. Louis Cardinals, the teams announced.

MLB // 1 year ago
Astros' Framber Valdez strikes out 11 in rout of Angels
Starting pitcher Framber Valdez threw 11 strikeouts and allowed four runs in seven innings to lead the Houston Astros to an 11-4 rout of the Los Angeles Angels on Monday night.

MLB // 3 years ago
Orioles outfielder records save in 16-inning win vs. Angels
Baltimore Orioles outfielder Stevie Wilkerson became the first position player to record a save in Major League Baseball history during a 10-8 win against the Los Angeles Angels.

MLB // 3 years ago
Emotional Angels win first game since death of Tyler Skaggs
The Los Angeles Angels returned to the field for the first time since the death of pitcher Tyler Skaggs, beating the Texas Rangers 9-4 Tuesday.

I wouldn't be the player I am today if (B.J.) cut me any slack

He was previously an all-district shortstop for Great Bridge High School in Chesapeake, Virginia, and was awarded the AFLAC National High School Player of the Year Award. He is also the brother of Tampa Bay Rays center fielder B.J. Upton, who was taken at the number two pick in the 2002 draft.

In his first professional season he played for Class-A South Bend Silver Hawks. He began 2007 with the Class-A Advanced Visalia Oaks, but was promoted to the AA Mobile BayBears after hitting .341 with 5 home runs for the Oaks in April.

FULL ARTICLE AT WIKIPEDIA.ORG
This article is licensed under the GNU Free Documentation License.
It uses material from the Wikipedia article "Justin Upton."