NFL // 3 months ago
Ravens' Lamar Jackson to be 'Madden 21' cover star
Baltimore Ravens quarterback Lamar Jackson will be the cover athlete for "Madden 21."

Top News // 1 year ago
The Almanac
On April 10, 1919, Emiliano Zapata, a leader of peasants and indigenous people during the Mexican Revolution, was killed in Morelos by government forces.

NFL // 1 year ago
Coliseum makes statement in Oakland Raiders' upset over Pittsburgh Steelers
For a Raider Nation living mostly on stale memories, the team -- significantly still in Oakland at its old Coliseum -- offered a new one to cherish Sunday. 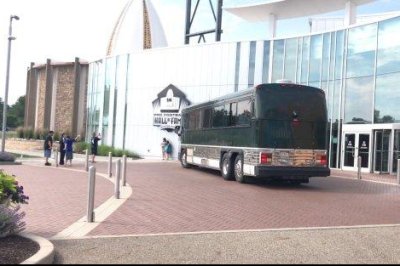 Top News // 2 years ago
The Almanac
On April 10, 1912, the RMS Titanic left port in Southampton, England, beginning its fateful voyage. 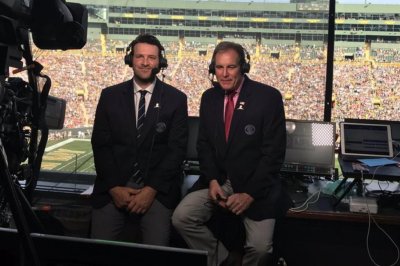 NFL // 3 years ago
NFL: Seats hot for these head coaches
When John Madden was a candidate for the Pro Football Hall of Fame a decade or so ago, I did some research on his record - he had the best winning percentage of any coach in modern history - and uncovered a little factoid that made that record look even better.

I have been doing this a long time and when I went to ABC to do 'Monday Night Football,' I thought I would finish my career there

We didn't score the first two periods, then Jamie got a bit of a lucky goal. I was surprised we scored right after that

Madden NFL (known as John Madden Football before 1993) is an American football video game series developed by Electronic Arts Tiburon for EA Sports. The game series is named after Pro Football Hall of Famer John Madden, a well-known former Super Bowl-winning coach of the Oakland Raiders and color commentator. The games have consistently been a best seller, and has even spawned TV shows where players compete. Among the game's realistic features include sophisticated playbooks and player statistics, and voice commentary that allows players to hear the game as if it was a real TV broadcast.

The series was originally conceived by Electronic Arts founder Trip Hawkins, who then approached Madden in 1984 for his endorsement and expertise. Due to Madden's insistence that the game be as realistic as possible, the first version of John Madden Football was not released until 1988. The second version of the game was released in 1990, and annual versions since then. The series' name was changed to Madden NFL in 1993 after EA acquired the rights to use NFL teams and players.

Despite Madden's retirement as a broadcaster in 2009, he still continues to lend his name, as well as provide creative input, for the game.

FULL ARTICLE AT WIKIPEDIA.ORG
This article is licensed under the GNU Free Documentation License.
It uses material from the Wikipedia article "John Madden."
Back to Article
/