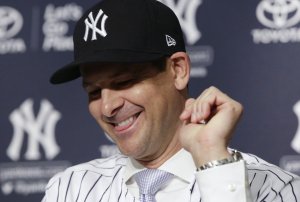 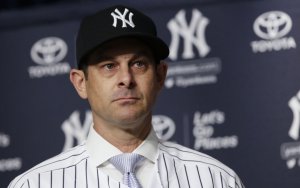 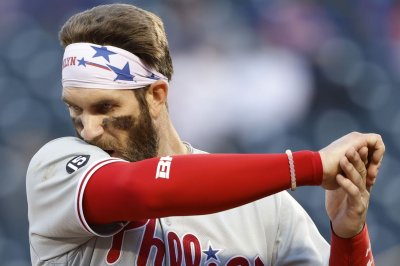 MLB // 2 months ago
Phillies' Bryce Harper says face 'still there,' CT scan 'good' after hit by pitch
Philadelphia Phillies star outfielder Bryce Harper says his "face is still there" and CT scans came back "good" after he took a 97-mph fastball to his nose area in a game against the St. Louis Cardinals.

MLB // 2 months ago
Phillies' Bryce Harper takes 97 mph fastball to his face vs. Cardinals
Philadelphia Phillies star outfielder Bryce Harper was forced to exit Wednesday night's game against the St. Louis Cardinals after being hit in the face by a 96.9 mph fastball.

It was hard because Kyle was a big part of our bullpen and he loved being here, but we felt that Pudge will really help our club

Surgery is always the next step, but we're hoping to avoid that

FULL ARTICLE AT WIKIPEDIA.ORG
This article is licensed under the GNU Free Documentation License.
It uses material from the Wikipedia article "Joe Girardi."
Back to Article
/