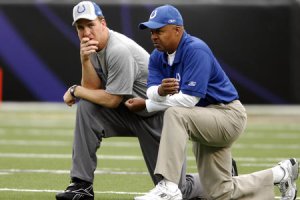 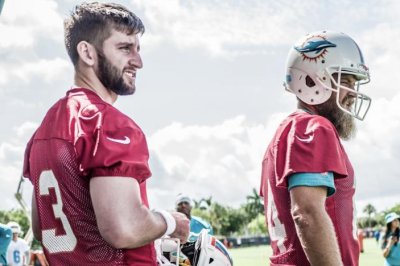 NFL // 1 year ago
Browns complete coaching interview with Caldwell
The Cleveland Browns have completed their interview with coaching candidate Jim Caldwell, the team announced in a news release Thursday.

NFL // 1 year ago
Patricia not ready to make Lions coaching moves yet
The Detroit Lions, for now, are standing pat with their coaching staff, despite a 6-10 record in coach Matt Patricia's first season after finishing 9-7 under Jim Caldwell last year.

NFL // 1 year ago
First-year coaches square off as Cardinals host Lions
It has not been an easy season for a pair of first-year head coaches who will be on opposing sidelines when the Arizona Cardinals host the Detroit Lions on Sunday afternoon.

NFL // 2 years ago
Matt Patricia installs Patriots' 'Do your job' mantra in Detroit
Detroit Lions head coach Matt Patricia is bringing along a familiar phrase from his time with the New England Patriots.

NFL // 2 years ago
Detroit Lions: What went right, what went wrong
It wasn't long ago that a 9-7 record would have been celebrated in Detroit. Now, it's considered disappointing enough that it cost Jim Caldwell his job.

NFL // 2 years ago
Patricia says he will coach Lions his way
Matt Patricia walked into his introductory press conference as the new Detroit Lions head coach on Wednesday with trimmed hair and beard, but he said little about his specific plans for the team.

After he went in the locker room, he was able to sit up, alert, carry on a conversation

James "Jim" Caldwell (born January 16, 1955 in Beloit, Wisconsin) is the current head coach of the Indianapolis Colts. He also served as the head coach of Wake Forest from 1993 to 2000.

Caldwell was a four-year starter at defensive back for the University of Iowa in the late 1970s. Caldwell is also a member of Kappa Alpha Psi Fraternity Inc.

Caldwell served as an assistant coach at the University of Iowa, Southern Illinois University, Northwestern, Colorado, Louisville, and Penn State before being named head coach at Wake Forest in 1993. He was the first African-American coach in the ACC.

FULL ARTICLE AT WIKIPEDIA.ORG
This article is licensed under the GNU Free Documentation License.
It uses material from the Wikipedia article "Jim Caldwell."
Back to Article
/