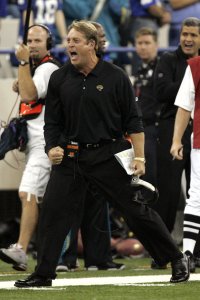 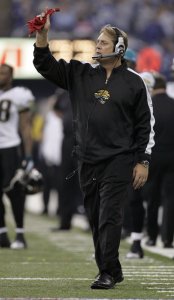 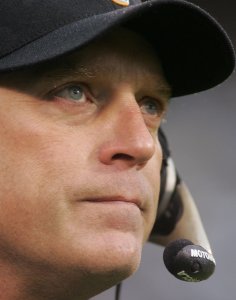 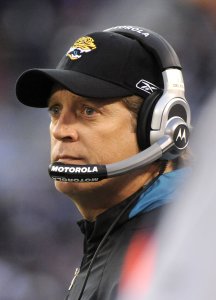 NFL // 2 years ago
Gruden seems to have taken full control of Raiders
Jon Gruden's official job title is that of head coach of the Oakland Raiders, but a published report has him wielding even more power than that. 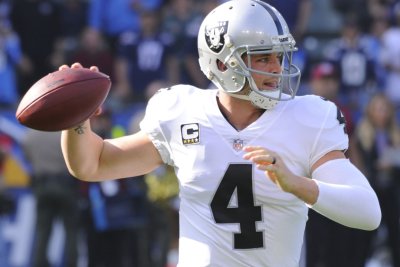 NFL // 2 years ago
Jack Del Rio blames NFL for Aldon Smith not getting help
Shortly after the Oakland Raiders released Aldon Smith, Jack Del Rio spoke out about league rules that prevented the team from giving Smith a better structure.

NFL // 2 years ago
Gruden: Lack of coaching continuity has hurt Raiders
Jon Gruden said that a lack of organizational continuity has led to poor records for the Oakland Raiders since his previous head coaching stint ended with the club.

NFL // 2 years ago
Oakland Raiders: What went right, what went wrong
The Raiders went from 12-4 and a trendy pick to be an AFC title contender to a crashing failure back to 6-10. And they were every bit that bad. 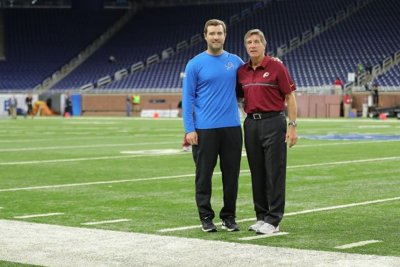 NFL // 2 years ago
Report: Oakland Raiders to hire Tom Cable as offensive line coach
Tom Cable is on the verge of returning to the Bay Area.

NFL // 2 years ago
NFL investigating whether Raiders broke Rooney Rule
The NFL has launched an investigation into whether the Oakland Raiders violated the Rooney Rule during their hiring of Jon Gruden as head coach.

NFL // 2 years ago
Alliance wants NFL to investigate Raiders
The Fritz Pollard Alliance has altered its stance regarding the compliance of the Oakland Raiders with the Rooney Rule.

We believe he's the feature guy and it's his time

David will be out this week, and potentially, he could be out as much as a month

In Hugh's case, in particular, we thought it was time to move on

Jack Del Rio (born April 4, 1963) is an American football coach and former player, who is currently the head coach of the Jacksonville Jaguars of the National Football League (NFL). Del Rio played both football and baseball for the University of Southern California Trojans, and then spent eleven years playing linebacker in the NFL. He retired from playing in 1996 and went into coaching, serving in several positions for three different teams before being selected as the Jaguars' head coach in 2003.

Del Rio was born in Castro Valley, California. He attended and played both baseball and football for Hayward High School in Hayward, California. He and former Seattle Mariners manager Don Wakamatsu were teammates in both sports while there.

Del Rio was drafted by the Toronto Blue Jays Major League Baseball team out of high school in 1981, but he opted instead to attend college. He enrolled at the University of Southern California, where he played both baseball and football for the USC Trojans. In football he was an All-American linebacker and was voted Most Valuable Player of the 1985 Rose Bowl. During his senior year he earned consensus All-America honors as a senior and was runner-up for the Lombardi Award. In baseball he batted .340 while playing catcher on a team that also included future Major League Baseball players Mark McGwire and Randy Johnson.

FULL ARTICLE AT WIKIPEDIA.ORG
This article is licensed under the GNU Free Documentation License.
It uses material from the Wikipedia article "Jack Del Rio."
Back to Article
/