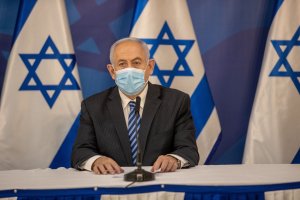 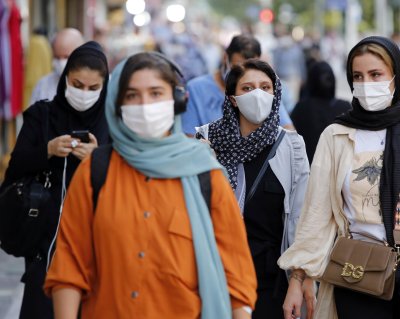 Voices // 4 days ago
Iran hides COVID-19 meltdown, 310,000 deaths
More than 310,000 people have died of COVID-19 in Iran. These are the horrifyingly accurate figures, gathered daily by the main democratic opposition resistance units of the Mojahedin e-Khalq.

Voices // 1 month ago
Iranian protesters turn to political demands
With deprivation at unprecedented levels and an estimated 75% of the population trying to survive on income below the international poverty line, the sense of universal unrest is palpable in Iran.

World News // 1 month ago
Saudi ban on Lebanese produce a strong warning about lawlessness
A Saudi decision to ban Lebanese produce over an increase in drug smuggling was a warning against the country's rising lawlessness, but also a message linked to Iran's recent direct talks with the oil-rich kingdom.

World News // 1 month ago
Lebanon offers a path to save maritime border talks with Israel
Lebanon is seeking a quick resumption of U.S.-mediated negotiations over its maritime border dispute with Israel, putting on hold new claims to more offshore territory and inviting international experts to step in. 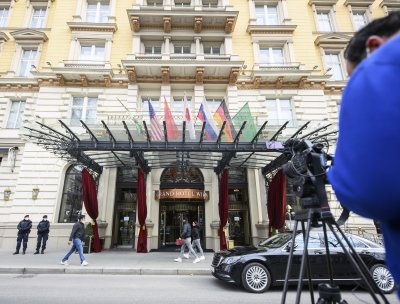 Voices // 2 months ago
U.S. should think twice on Iran nuclear deal
U.S. President Joe Biden and Secretary of State Antony Blinken are said to be keen to resurrect the Joint Comprehensive Plan of Action nuclear deal with Iran. It would be a dangerous mistake.

Voices // 2 months ago
In Iran's sham elections, only candidates loyal to Khameini allowed
Presidential elections are to be held in Iran on June 18. It will be the 13th presidential election, unlucky for some, but particularly for the Iranian people, who want rid of the theocratic regime.

Voices // 2 months ago
EU, U.S. appeasement of Iran's mullahs is dangerous
After spending most of last week in Brussels, American Secretary of State Antony Blinken will be reporting back to President Joe Biden on the progress of a shared U.S.-European Union approach to the Iranian regime.

Hezbollah (Arabic: حزب الله‎ ḥizbu-illāh(i), literally "Party of God") is a Shi'a Islamist political and paramilitary organisation based in Lebanon. Hezbollah is also a major provider of social services, which operate schools, hospitals, and agricultural services for thousands of Lebanese Shi'a, and plays a significant force in Lebanese politics. It is regarded as a resistance movement throughout much of the Arab and Muslim world. Many governments, including Arab ones, have condemned actions by Hezbollah while others have praised the party. Some western countries, including the United States, regard it in whole or in part as a terrorist organization.

Hezbollah first emerged in 1982 as a militia in response to the Israeli invasion of Lebanon, also known as Operation Peace for Galilee, set on resisting the Israeli occupation of Lebanon during the Lebanese civil war. Its leaders were inspired by Ayatollah Khomeini, and its forces were trained and organized by a contingent of Iranian Revolutionary Guards. Hezbollah's 1985 manifesto listed its three main goals as "putting an end to any colonialist entity" in Lebanon, bringing the Phalangists to justice for "the crimes they perpetrated," and the establishment of an Islamic regime in Lebanon. Hezbollah leaders have also made numerous statements calling for the destruction of Israel, which they refer to as a "Zionist entity... built on lands wrested from their owners."

Hezbollah, which started with only a small militia, has grown to an organization with seats in the Lebanese government, a radio and a satellite television-station, and programs for social development. Hezbollah maintains strong support among Lebanon's Shi'a population, and gained a surge of support from Lebanon's broader population (Sunni, Christian, Druze) immediately following the 2006 Lebanon War, and is able to mobilize demonstrations of hundreds of thousands. Hezbollah alongside with some other groups began the 2006–2008 Lebanese political protests in opposition to the government of Prime Minister Fouad Siniora. A later dispute over Hezbollah preservation of its telecoms network led to clashes and Hezbollah-led opposition fighters seized control of several West Beirut neighborhoods from Future Movement militiamen loyal to Fouad Siniora. These areas were then handed over to the Lebanese Army. A national unity government was formed in 2008, giving Hezbollah and its opposition allies control of eleven of thirty cabinets seats; effectively veto power.

FULL ARTICLE AT WIKIPEDIA.ORG
This article is licensed under the GNU Free Documentation License.
It uses material from the Wikipedia article "Hezbollah."
Back to Article
/