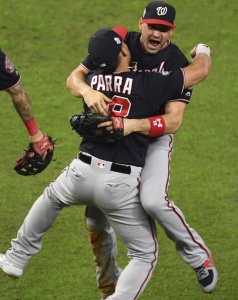 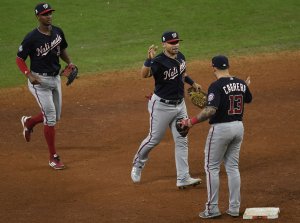 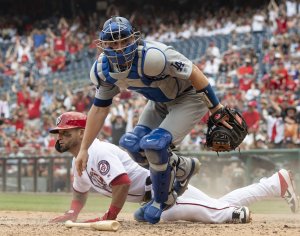 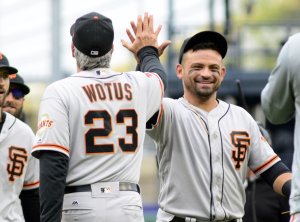 MLB // 1 year ago
Nationals' outfielder Gerardo Parra signs to play in Japan
Gerardo Parra will continue his professional baseball career in Japan after winning a World Series with the Washington Nationals in October.

MLB // 1 year ago
Trea Turner hits for cycle, Nationals beat Rockies
Washington Nationals shortstop Trea Turner hit for the cycle for the second time in his career during a win against the Colorado Rockies at Nationals Park.

On May 13, 2009 he was called up from AA (Double A) Mobile BayBears when left fielder Conor Jackson was placed on the disabled list. He was inserted into the starting lineup the same day, and in his first Major League at bat he became the 100th player in MLB history to hit a home run in his first at bat. In his first five games he had at least one RBI, becoming the second player since Mike Lansing (1993) in the last 30 years to accomplish this feat. Parra was named NL Rookie of the Month for May and reached base in each of his first 17 games .

FULL ARTICLE AT WIKIPEDIA.ORG
This article is licensed under the GNU Free Documentation License.
It uses material from the Wikipedia article "Gerardo Parra."
Back to Article
/