The Washington Nationals beat the Houston Astros 6-2 on Wednesday to win the franchise's first title. It's the first World Series championship for the nation's capital since the Senators won in 1924.

Nationals fans were lining the National Mall for a parade that began at 2 p.m. near the Washington Monument and traveled east along the Mall before ending at Pennsylvania Avenue and Third Street, where players addressed the crowd near the U.S. Capitol.

Parade buses carried the Commissioner's Trophy, players, their families and team officials with some champagne sprayed in celebration.

The lead bus carried outfielder Gerardo Parra, and a second bus featured Jeff Adams, a fan who took a home run ball to the chest during the fifth game of the World Series while he was holding two cans of beer and later starred in a beer commercial.

Fans crowded around the staging area earlier waiting for autographs.

"It's definitely overwhelming, but it's a good thing," National player Anthony Rendon told WUSA-TV. "We had no idea what a parade like this was as a kid, we were so focused on baseball that it's hard to imagine."

Eight jumbo screens were along Pennsylvania and Constitution avenues for fans.

When he was called up to speak, Manager Dave Martinez summoned his players to stand behind him on the stage. "While I talk right here, I want my boys up here, too," he said.

He thanked the fans who packed Nationals Park for watch parties during games in Houston.

"You know that means to us when we're trying to play and stay in the fight?" he said. "That was huge."

The Nationals won four of their games at Minute Maid Park in downtown Houston.

The celebration was biggest since the Washington Capitals won the Stanley Cup over the summer.

The Nationals will be honored again at the Capitals game Sunday night.

President Donald Trump has invited the team to the White House on Monday to celebrate their victory.

One player, reliever Sean Doolittle, told The Washington Post he would avoid the White House visit because he doesn't agree with Trump's actions and rhetoric. 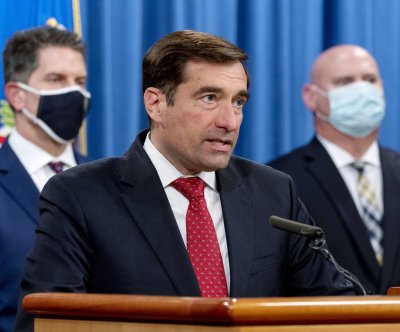