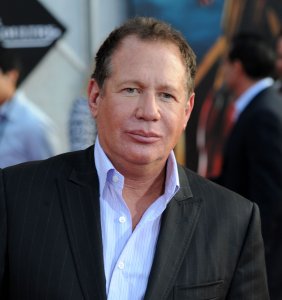 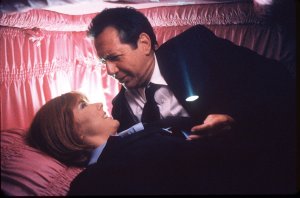 Movies // 1 year ago
Judd Apatow: Pete Davidson movie is 'well-suited for this moment'
Judd Apatow discusses his decision to release "The King of Staten Island" on VOD and working with star Pete Davidson to tell a personal story.

Entertainment News // 4 years ago
Brad Grey, former Paramount CEO, dead at 59
Former chairman and CEO of Paramount Pictures Brad Grey has died at the age of 59.

World News // 4 years ago
The Top 5 most 'surreal' news stories of 2016
Merriam-Webster selected the word "surreal" as this year's word of the year, and as we near the conclusion of another 365 days within a 24/7 news cycle, perhaps that word truly encapsulates what the world witnessed in 2016.

Entertainment News // 5 years ago
From Spike Lee to the Backstreet Boys: Artists react to Prince's death
Prince's fellow artists are taking to social media to pay tribute to the pop-music icon who died Thursday at the age of 57.

Garry Emmanuel Shandling (born November 29, 1949) is an American comedian, actor and writer. He is best known for his work in It's Garry Shandling's Show and The Larry Sanders Show.

Shandling began his career writing for sitcoms such as Sanford and Son and Welcome Back, Kotter. He made a successful stand-up performance on The Tonight Show with Johnny Carson and became a frequent guest-host on the show. Shandling was for a time considered the leading contender to replace Carson (other hopefuls were Joan Rivers, David Letterman and David Brenner). In 1986 he created It's Garry Shandling's Show, for the pay cable channel Showtime. It was nominated for four Emmy Awards (including one for Shandling) and lasted until 1990. His second show, The Larry Sanders Show, which began airing on HBO in 1992, was more successful. Shandling was nominated for 18 Emmy Awards for the show and won in 1998, along with Peter Tolan, for writing the series finale.

During his three-decade career, Shandling has been nominated for 19 Primetime Emmy Awards, two Golden Globe Awards, along with many other awards and nominations.

FULL ARTICLE AT WIKIPEDIA.ORG
This article is licensed under the GNU Free Documentation License.
It uses material from the Wikipedia article "Garry Shandling."