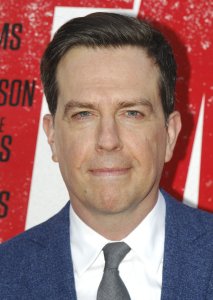 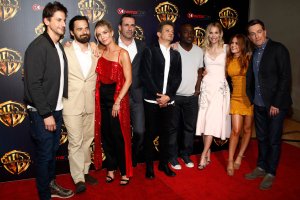 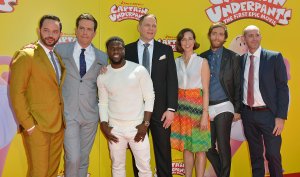 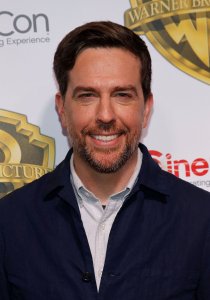 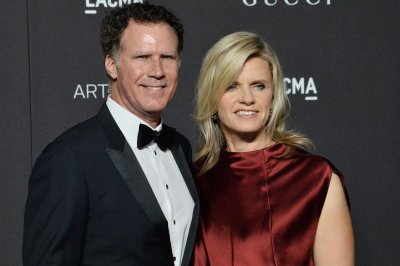 Movies // 6 months ago
Harrison Ford, Ed Helms to star in comedy 'Burt Squire'
Harrison Ford and Ed Helms are attached to star in a new comedy film together titled "The Miserable Adventures of Burt Squire Aboard the Horn High Yo."

Entertainment News // 1 year ago
What to stream this weekend: 'Onward,' 'Tales from the Loop,' new music
Here's a list of films, shows, music and video games that will be released for streaming this weekend.

TV // 1 year ago
'Vacation' spinoff series 'The Griswolds' in development at HBO Max
A television series based on the "Vacation" films titled "The Griswolds" is in the works for upcoming streaming service HBO Max.

Edward Paul "Ed" Helms (born January 24, 1974) is an American actor and comedian known for his work as a correspondent on The Daily Show with Jon Stewart, as Andy Bernard on the US version of the sitcom/mockumentary The Office and for his role as Dr. Stu Price in The Hangover films.

Helms was born and raised in Atlanta. His mother was a school administrator and his father was an attorney. He graduated from The Westminster Schools in 1992 a year after his Office costar Brian Baumgartner. Originally a geology major, Helms graduated from Oberlin College with a degree in film theory and technology in 1996 and spent a semester as an exchange student at New York University's Tisch School of the Arts.

After graduating from Oberlin, Helms began his comedy and acting career as a writer and performer with New York City sketch comedy bands, and studied improvisation with the Upright Citizens Brigade troupe.

FULL ARTICLE AT WIKIPEDIA.ORG
This article is licensed under the GNU Free Documentation License.
It uses material from the Wikipedia article "Ed Helms."
Back to Article
/