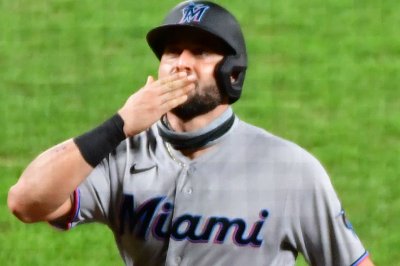 MLB // 5 months ago
Marlins allow 7 home runs, still beat Blue Jays
The Miami Marlins surrendered an 8-0 lead and allowed seven home runs, but managed to hang on for a win against the Toronto Blue Jays in the finale of a 23-day road trip.

MLB // 5 months ago
Marlins shut out Orioles in return from COVID-19 outbreak
Starting pitcher Pablo Lopez propelled the Miami Marlins to a shutout of the Baltimore Orioles in the team's first game since their season was paused July 26 due to a coronavirus outbreak. 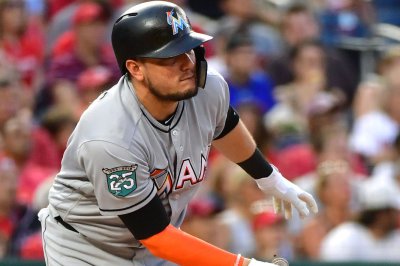 Donald Arthur Mattingly (nicknamed "Donnie Baseball" and "The Hit Man") (born April 20, 1961) is a former first baseman who played for the New York Yankees of the American League from 1982-1995. He also served as the Yankees hitting coach from 2004 to 2006 and Joe Torre's bench coach in 2007. He is currently the Los Angeles Dodgers hitting coach.

FULL ARTICLE AT WIKIPEDIA.ORG
This article is licensed under the GNU Free Documentation License.
It uses material from the Wikipedia article "Don Mattingly."
Back to Article
/