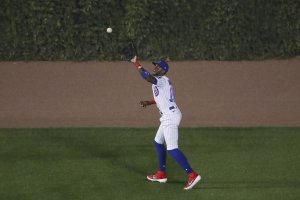 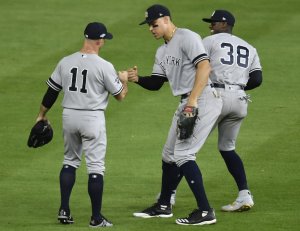 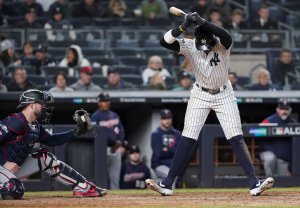 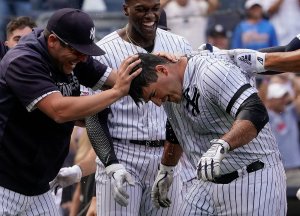 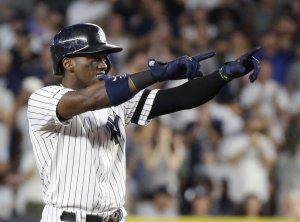 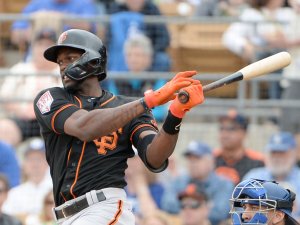 MLB // 1 year ago
Cubs' Javier Baez belts walk-off hit to beat Indians
Chicago Cubs shortstop Javier Baez laced a single down the third base line to plate the winning run in the 10th inning of a walkoff triumph over the Cleveland Indians at Wrigley Field.

MLB // 3 years ago
Yankees survive Indians' rally for 7-6 win in Cleveland
Aaron Hicks' go-ahead double and Stephen Tarpley's first career save propelled the Yankees to a 7-6 victory in 10 innings over the Cleveland Indians on Sunday.

Cameron Keith Maybin (born April 4, 1987 in Asheville, North Carolina), nicknamed "Cocoa Diablo," is a Major League Baseball player for the San Diego Padres. He was the tenth pick in the 2005 First-Year Player Draft. He was consistently ranked as the Tigers top minor league prospect before being dealt.

Maybin played high school baseball for T.C. Roberson High School in Asheville, North Carolina. As a freshman, he led his team to a state title and was named the tournament's Most Valuable Player. Joe Hayden, his manager with the Midland Redskins, said he had "the same instincts in the outfield and at the plate" as Ken Griffey, Jr., who Hayden also coached in the Connie Mack division, an amateur baseball league for players 18 and younger. The summer before his senior season, Maybin won the Connie Mack World Series batting title and World Series MVP award in Farmington, New Mexico. Maybin was also named the 2004 Baseball America Youth Player of the Year.

After graduating from high school, Maybin entered the Major League draft. In their pre-draft rankings, Baseball America tabbed him as the most promising available outfielder and the third-best hitting prospect overall. He fell to the tenth spot in the 2005 draft, in part due to speculation he'd be difficult to sign. He signed in September for a $2.65 million bonus.

FULL ARTICLE AT WIKIPEDIA.ORG
This article is licensed under the GNU Free Documentation License.
It uses material from the Wikipedia article "Cameron Maybin."