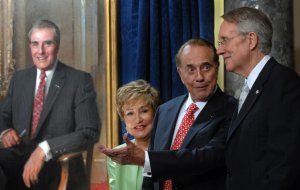 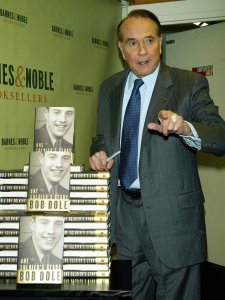 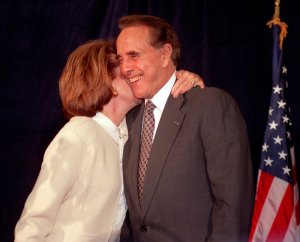 U.S. News // 1 year ago
Trump hits back at former attorney Cohen, praises Manafort
President Donald Trump on Wednesday addressed both former associates who are now guilty of various crimes -- praising one and lashing out at the other. 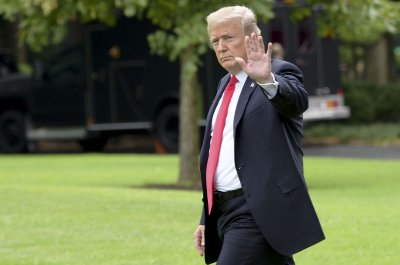 U.S. News // 2 years ago
Trump on Memorial Day: May God comfort pain of mourners
President Donald Trump asked for God's comfort for those who mourn for fallen service members during a Memorial Day service at Arlington National Cemetery.

Top News // 2 years ago
On This Day: Michael Jackson buys Beatles catalogue
On Aug. 14, 1985, Michael Jackson paid $47 million at auction for the rights to 40,000 songs, including most of the Beatles classics.

Opinion // 3 years ago
Donald Trump loses 'battle of the sexes' to Hillary Clinton
History repeated itself Monday in the first one-on-one debate of Donald Trump's career.

U.S. News // 4 years ago
Trump hires veteran GOP operative Paul Manafort to handle convention
Republican front-runner Donald Trump is turning to a veteran of GOP nominating contests to run his floor operation ahead of what could be a brokered convention.

With a little over three months until the start of the sign-up period, now is the time for seniors to learn about their options and decide if they want to enroll

For the life of me, I don't know why she is there

Robert Joseph "Bob" Dole (born July 22, 1923) is an American attorney and politician. Dole represented Kansas in the United States Senate from 1969 to 1996, was Gerald Ford's Vice Presidential running mate in the 1976 presidential election, and was Senate Majority Leader from 1985 to 1987 and in 1995 and 1996. Dole was the Republican party nominee in the presidential election of 1996, but he lost to incumbent Democrat Bill Clinton. Dole is currently special counsel at the Washington, D.C. office of law firm Alston & Bird.

In 2007, President George W. Bush appointed Dole as a co-chair of the commission to investigate problems at Walter Reed Army Medical Center, along with Donna Shalala, a former member of the Clinton cabinet. Dole is married to former U.S. cabinet member and former U.S. Senator Elizabeth Hanford Dole of North Carolina. Bob Dole is currently a member of the advisory council of the Victims of Communism Memorial Foundation.

Bob Dole was born in Russell, Kansas, the son of Bina N. (née Talbott; 1904–1983) and Doran Ray Dole (1901–1975). His father, who had moved the family to Russell while Dole was still a toddler, made a living by running a small creamery. Among his father's customers was the father of Arlen Specter who ran a junkyard in the town and used Dole's scales to weigh junk. Specter, who was six years younger than Dole and graduated Russell High School in 1947, was not a Dole contemporary although Specter's brother Morton Specter and Dole's brother Kenny Dole were friends. During the Great Depression, which hit Kansas very hard, the Dole family moved into the basement of their home and rented out the rest of the house. As a boy, he took many odd jobs around Russell, and he would later work as a soda jerk in the local drug store.

FULL ARTICLE AT WIKIPEDIA.ORG
This article is licensed under the GNU Free Documentation License.
It uses material from the Wikipedia article "Bob Dole."
Back to Article
/