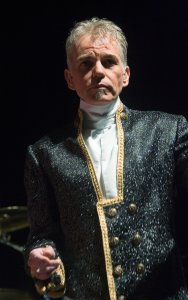 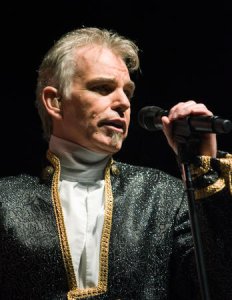 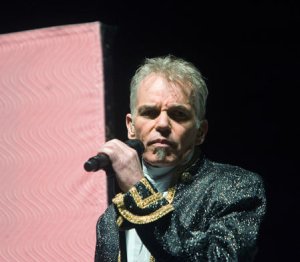 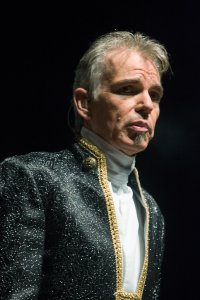 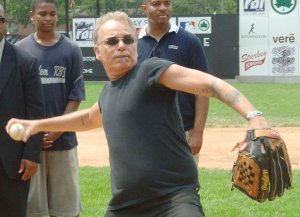 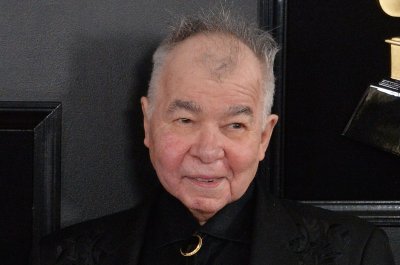 TV // 2 years ago
'Fargo': Chris Rock to star in Season 4
Comedian Chris Rock will play the head of a crime syndicate in Season 4 of the FX series "Fargo."

The fact that that was news was astounding to me. We're focused on very important things nowadays, but it gave hump-back geeks all over the world something to do for a couple days days ... I do that all the time

Sometimes I'm not as weird as people would like me to be ... I'm a little more normal than what they say and so every now and then you have to throw people a bone. 'Okay, I ate a cat' or whatever

Billy Bob Thornton (born August 4, 1955) is an American actor, screenwriter, director and musician. Thornton gained early recognition as a cast member on the CBS sitcom Hearts Afire and in several early 1990s films including On Deadly Ground and Tombstone. In the mid-1990s, after writing, directing, and starring in the independent film Sling Blade, he won an Academy Award for Best Adapted Screenplay. He appeared in several major film roles following Sling Blade 's success, including 1998's Armageddon and A Simple Plan. During the late 1990s, Thornton began a career as a singer-songwriter. He has released three albums and was the singer of a blues rock band.

Thornton was born in Hot Springs, Arkansas, the son of Virginia Roberta (née Faulkner), a psychic, and William Raymond "Billy Ray" Thornton (November 1929–August 1974), a high school history teacher and basketball coach who passed away when Thornton was 18. He has two younger brothers, Jimmy Don (April 1958–October 1988), who died abruptly of a heart attack at 30, and John David (born 1969), who resides in California. Jimmy Don Thornton wrote a number of songs, two of which--"Island Avenue" and "Emily"--Thornton has recorded on his solo albums. During his childhood, Thornton lived in both Alpine, Arkansas, and Malvern, Arkansas. He was raised a Methodist, in an extended family in a shack that had neither electricity nor plumbing. Thornton graduated from high school in 1973. A good high school baseball player, he tried out for the Kansas City Royals, but was let go after an injury. After a short period laying asphalt for the Arkansas State Transportation Department, he attended Henderson State University to pursue studies in psychology, but he dropped out after two semesters.

In the mid 1980s, Thornton settled in Los Angeles, to pursue his career as an actor, with future writing partner Tom Epperson. Thornton initially had a difficult time succeeding as an actor, and worked in telemarketing, offshore wind farming, and fast food management between auditioning for acting jobs. He also played drums and sang with South African rock band Jack Hammer. While Thornton worked as a waiter for an industry event, he served film director and screenwriter Billy Wilder, who is famous for films such as Double Indemnity and Sunset Boulevard. Thornton struck up a conversation with Wilder, who advised Thornton to consider a career as a screenwriter.

FULL ARTICLE AT WIKIPEDIA.ORG
This article is licensed under the GNU Free Documentation License.
It uses material from the Wikipedia article "Billy Bob Thornton."
Back to Article
/