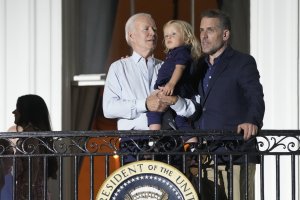 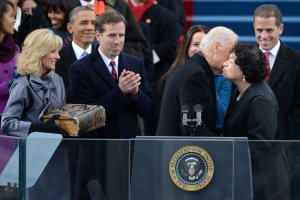 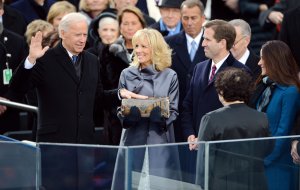 U.S. News // 2 months ago
2 senators reach deal on help for veterans exposed to toxic burning pits
Congress moved closer to addressing concerns over the exposure of military members to toxic burning pits after leaders on the Senate Veterans Affairs Committee announced Wednesday a bipartisan deal to help them.

These were crimes committed against the most vulnerable among us, those without voices

Joseph Robinette "Beau" Biden III (born February 3, 1969) is an American lawyer, soldier and politician from Wilmington, Delaware. He serves as the Attorney General of Delaware and a Captain in the Delaware Army National Guard. He is a member of the Democratic Party and is also the oldest son of Vice President Joseph R. Biden, Jr.

Biden was born in Wilmington, Delaware, the eldest son of former U.S. Senator and current Vice President Joe Biden and his first wife, Neilia Hunter. His mother and younger sister, Naomi Christina Biden, were killed in an automobile accident in 1972, in which he and his brother Hunter were badly injured. He and his brother encouraged his father to remarry, and Jill Jacobs became Beau's stepmother in 1977. His half-sister Ashley was born in 1981.

He is a graduate of Archmere Academy, his father's high school alma mater, as well as the University of Pennsylvania, where he was a member of the Psi Upsilon fraternity, and Syracuse University College of Law. From 1995 to 2004, he worked at the United States Department of Justice in Philadelphia, first he served as Counsel to the Office of Policy Development and later as a Federal Prosecutor in the U.S. Attorney's Office. In 2004, he became a partner in the Wilmington law firm Bifferato, Gentilotti, Biden & Balick.

FULL ARTICLE AT WIKIPEDIA.ORG
This article is licensed under the GNU Free Documentation License.
It uses material from the Wikipedia article "Beau Biden."