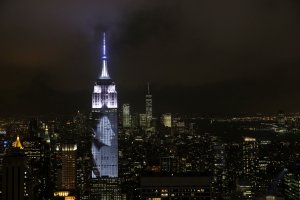 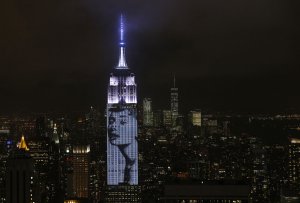 Music // 2 years ago
Frank Ocean's 'Blonded Radio' returns, encourages voting
Frank Ocean hosted a new episode of his Beats 1 radio show "Blonded Radio" on Tuesday for the first time in over a year.

Top News // 3 years ago
The Almanac
On May 4, 1942, the Battle of the Coral Sea began. It was a turning point for the Allies in World War II.

Top News // 3 years ago
The Almanac
On Jan. 20, 2017, Donald Trump took the oath of office to become the 45th president of the United States. 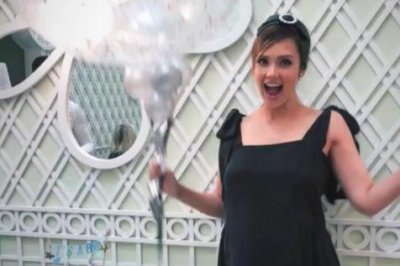 Entertainment News // 3 years ago
Jessica Alba celebrates at baby shower ahead of son's birth
Jessica Alba was fêted by family and friends at a tea party after announcing she's expecting her third child with Cash Warren.

Some people dream of having a big swimming pool. With me, it's closets

Audrey Hepburn (born Audrey Kathleen Ruston; 4 May 1929 – 20 January 1993) was a British actress and humanitarian. Although modest about her acting ability, Hepburn remains one of the world's most famous actresses of all time, remembered as a film and fashion icon of the twentieth century. Redefining glamour with "elfin" features and a waif-like figure that inspired designs by Hubert de Givenchy, she was inducted in the International Best Dressed List Hall of Fame, and ranked, by the American Film Institute, as the third greatest female screen legend in the history of American cinema.

Born in Ixelles, Belgium, Hepburn spent her childhood chiefly in the Netherlands, including German-occupied Arnhem during the Second World War. In Arnhem, she studied ballet before moving to London in 1948 where she continued to train in ballet while working as a photographer's model. Upon deciding to pursue a career in acting, she performed as a chorus girl in various West End musical theatre productions. After appearing in several British films and starring in the 1951 Broadway play Gigi, Hepburn gained instant Hollywood stardom for playing the Academy Award-winning lead role in Roman Holiday (1953). Later performing in Sabrina (1954), The Nun's Story (1959), Breakfast at Tiffany's (1961), Charade (1963), My Fair Lady (1964) and Wait Until Dark (1967), Hepburn became one of the great screen actresses of Hollywood's Golden Age who received nominations for Academy Awards, Golden Globes and BAFTAs as well as winning a Tony Award for her theatrical performance in the 1954 Broadway play Ondine. Hepburn remains one of few entertainers who have won Oscar, Emmy, Grammy, and Tony Awards.

Although she appeared in fewer films as her life went on, Hepburn devoted much of her later life to UNICEF. Her war-time struggles inspired her passion for humanitarian work and, although Hepburn had contributed to the organisation since the 1950s, she worked in some of the most profoundly disadvantaged communities of Africa, South America and Asia in the late eighties and early nineties. In 1992, Hepburn was awarded the Presidential Medal of Freedom in recognition of her work as a UNICEF Goodwill Ambassador.

FULL ARTICLE AT WIKIPEDIA.ORG
This article is licensed under the GNU Free Documentation License.
It uses material from the Wikipedia article "Audrey Hepburn."
Back to Article
/