Pope Francis tells Catholics to give up cellphones, TV for Lent

Pope Francis said giving up the "verbal violence" of the Internet and TV will allow Catholics to be open to the word of God. File Photo by Stefano Spaziani/UPI | License Photo

Feb. 26 (UPI) -- Pope Francis on Wednesday encouraged Catholics to give up their phones and turn off their televisions for the 40 days of Lent to "make room for the word of God."

Speaking on Ash Wednesday in St. Peter's Square in the Vatican, the pontiff addressed some 12,000 pilgrims.

"Lent is the right time to make room for the word of God" he said. "It is the time to turn off the television and open the Bible. It is the time to disconnect from your cellphone and connect to the gospel."

Wednesday marked the beginning of the six-week Lenten season in which Catholics commit to fasting or giving up certain luxuries to symbolize the 40 days Christ spent in the desert.

The pope said the world is full of "too much verbal violence," which is amplified by technology, such as the Internet and phones.

"It is the time to give up useless words, chatter, rumors, gossip and talk and to speak directly to the lord," he said.

Pope Francis also encouraged the practice of fasting during Lent.

"Fasting is being capable of giving up the superfluous and going to the essential. Fasting is not only losing weight, it is seeking the beauty of a simpler life," he said.

"Even today, close to us, there are many desserts, many lonely people: they are the lonely and the abandoned. How many poor and old people live near us in silence, marginalized and discarded."

World News // 4 hours ago
LG strives to build general-purpose AI
SEOUL, May 18 (UPI) -- LG AI Research announced plans to spend more than $100 million over the next three years to create a general-purpose artificial neural network, which it calls "mega-scale" AI. 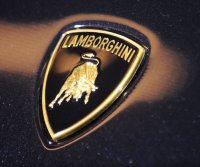 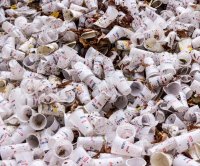 World News // 9 hours ago
U.N. to meet on Israel-Hamas conflict; Israeli airstrikes pound Gaza
May 18 (UPI) -- The United Nations Security Council will convene Tuesday to discuss the fighting between Hamas and Israel that continued overnight with no end in sight. 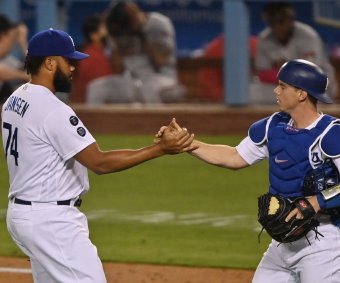