Oct. 8 (UPI) -- North Korea has completed construction on children's traffic parks in more than 50 cities and counties across the country, according to state media.

Workers' Party paper Rodong Sinmun reported Monday completion on construction is approaching, after more than a year of nationwide projects began in the city of Kanggye.

In July 2017, North Korea television aired footage of a traffic park, including go-carts or mini-vehicles, being driven by North Korean children.

All cities will have a traffic park by the end of November, according to state media.

In South Hamgyong Province, using the children's traffic park in the city of Danchon as a benchmark, counties in the province pursued the building of 19 parks, according to the Rodong.

The newspaper said in the North Korean city of Nampo, the city council is "leading construction" of a traffic safety education center and an "outdoor traffic safety training center" in addition to a children's traffic park.

There are no North Korea statistics available to the outside world on the number of automobile accidents in the country, but car crashes have been reported in the past few years.

Kim's continued engagement with Seoul is emboldening South Korean business executives who had to abandon operations in the factory park at Kaesong.

Yoo Chang-geun, head of Kaesong task force in the South, said reopening Kaesong is a matter of urgency, including the issue of recovering or checking upon equipment left behind in the North, Seoul Pyongyang News reported Monday.

Yoo said the executives had asked for permission to visit the North on July 11, but approval is pending.

North Korea may have not made a final decision, according to the report.

World News // 5 minutes ago
President Joe Biden arrives in South Korea, visits Samsung chip plant
SEOUL, May 20 (UPI) -- With the specter of a North Korean weapons test looming in the background, U.S. President Joe Biden kicked off his three-day visit to South Korea on Friday by focusing on semiconductors and supply chains.

World News // 34 minutes ago
Canada bans tech from China's Huawei, ZTE on its 5G networks
May 20 (UPI) -- Canada announced that it is prohibiting products and services made by China's Huawei Technologies Co. and ZTE from use on its 5G cellular networks.

World News // 18 hours ago
President Joe Biden turns focus to Asia on Japan, South Korea trip
SEOUL, May 19 (UPI) -- U.S. President Joe Biden kicks off a trip to South Korea and Japan on Friday, with North Korean provocations, an assertive China and stronger economic and defense ties with allies set to be high on the agenda. 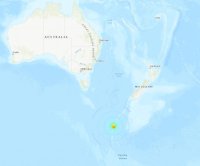 World News // 18 hours ago
6.9M earthquake strikes in Australia/New Zealand area for 2nd time in 7 weeks
May 19 (UPI) -- A powerful earthquake struck off the coast of Australia on Thursday and created a tsunami warning, scientists said.

World News // 20 hours ago
Israeli military won't probe death of Palestinian journalist
May 19 (UPI) -- Israel's military has no plans to open a criminal investigation into the death of al-Jazeera journalist Shireen Abu Akleh, a Palestinian American who was shot while reporting on an Israeli raid. 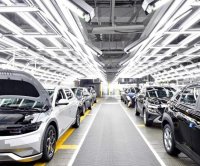 World News // 21 hours ago
Russian exit: McDonald's says franchisee will buy its locations
May 19 (UPI) -- Just days after announcing that it was getting out of Russia, fast-food giant McDonald's said on Thursday that it's found a buyer for hundreds of locations in the Eastern European country.
Advertisement