May 8 (UPI) -- An acting New York attorney general was named Tuesday to replace Eric Schneiderman, who abruptly resigned after The New Yorker reported he had assaulted four women.

Schneiderman will leave office Tuesday, he announced hours after The New Yorker story was published on the accusations. Gov. Andrew Cuomo had urged him to step down.

Meanwhile, CNN reported the Manhattan District Attorney's office has opened an investigation into the allegations against Schneiderman.

"I'm grateful to work with the best colleagues in the business -- including Barbara Underwood, who will be acting NY AG," Amy Spitalnick, a spokeswoman for the AG's office, tweeted. "She's argued 20 cases before the Supreme Court, clerked for Thurgood Marshall, & much more. The work continues."

The New York Senate and Assembly, in a joint session, will choose someone to serve the remainder of Schneiderman's four-year term, which runs through December. Schneiderman's successor will need 107 of 213 votes to win the appointment. Voters will then elect a permanent successor in November.

Schneiderman, a staunch opponent of President Donald Trump, is the latest high-profile figure to fall amid the #MeToo movement, which he had worked to champion, advocating for victims of sexual abuse. In February, Schneiderman filed a lawsuit against Hollywood producer Harvey Weinstein alleging civil rights violations in multiple sexual misconduct cases.

In the wake of the accusations, Schneiderman was slammed as hypocritical.

"Nobody's career has been boosted more by the MeToo movement than New York Attorney General Eric Schneiderman," Tucker Carlson said on his Fox show Monday. "Now in one of those ironies that can only happen in 2018, a well-sourced New Yorker piece says that four women claim Schneiderman may be the worst abuser of them all."

Schneiderman had also filed suit against Trump University. In April, a federal judge finalized a $25 million settlement between Trump and former students.

The New Yorker reported two women said Schneiderman had hit and choked them. One also said he threatened to tap her phone, among other threats.

Schneiderman said he engaged in "role-playing and other consensual sexual activity," but denied accusations of assault or non-consensual sex.

"It wasn't consensual. This wasn't sexual playacting," one of the women answered.

White House advisers Kellyanne Conway and Donald Trump Jr. shared a tweet from Schneiderman in October, in which he wrote, "No one is above the law, and I'll continue to remind President Trump and his administration of that fact everyday."

"Gotcha," Conway wrote in her response -- while Donald Trump Jr. said, "You were saying???"

In 2013, before he'd launched his presidential campaign, Trump compared Schneiderman with two other disgraced New York politicians -- former Gov. Eliot Spitzer, who resigned amid a prostitution scandal, and former Rep. Anthony Weiner, who resigned over sexting.

"Weiner is gone, Spitzer is gone -- next will be lightweight A.G. Eric Schneiderman. Is he a crook? Wait and see, worse than Spitzer or Weiner," Trump tweeted.

U.S. News // 11 minutes ago
Facebook pauses Instagram Kids to study issue of child safety
Sept. 27 (UPI) -- Facebook announced on Monday that it's decided to pause the rollout of an Instagram platform for children, in order to study the idea more carefully -- amid concern that such platforms might be harmful. 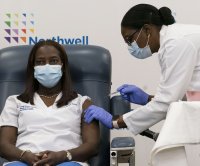 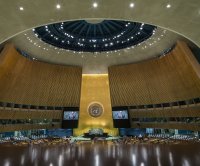 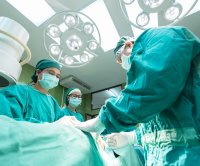 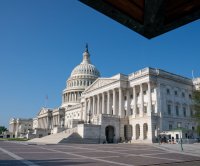