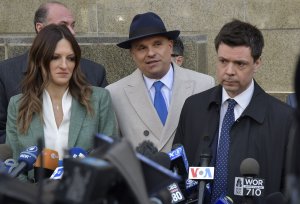 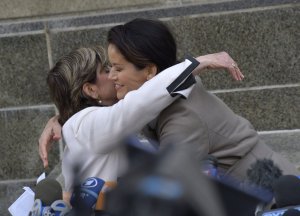 U.S. News // 6 months ago
Harvey Weinstein under close watch after becoming ill in N.Y. prison
Convicted Hollywood producer Harvey Weinstein is being closely watched after he became ill with a fever at a New York correctional facility, his representative says.

U.S. News // 10 months ago
Judge rejects Harvey Weinstein $19M settlement
A federal judge on Tuesday rejected a proposed $19 million settlement between former Hollywood producer Harvey Weinstein and dozens of women who have accused him of sexual misconduct and harassment.

U.S. News // 11 months ago
Harvey Weinstein accusers agree to $19M for victims fund
A group of nine women who accused former film producer Harvey Weinstein of sexual misconduct and harassment have agreed to a settlement of nearly $19 million that will go into a victims fund. 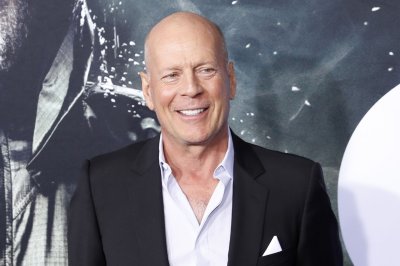 We believe that this lawsuit is without merit. While good for the market for lawyers, it is always unfortunate when parties try to win in court what they have lost in the marketplace

He was a profound musical prophet, whose voice and words inspired generations across the world. We hope this film will resonate across all classes and creeds

We have been Quentin's biggest fans since the beginning. It was extremely gratifying to see 'Inglourious Basterds' put up such huge numbers

Harvey Weinstein, CBE (Hon) (born March 19, 1952) is an American film producer and movie studio chairman. He is best known as co-founder of Miramax Films. He and his brother Bob have been co-chairmen of The Weinstein Company, their film production company, since 2005. He has won an Academy Award for producing Shakespeare in Love, and has garnered seven Tony Awards for producing a variety of winning plays and musicals including The Producers, Billy Elliot the Musical, and August: Osage County.

Born in Flushing, New York, Weinstein and his younger brother, Bob, grew up in a Jewish family in New York City, residing in a housing co-op named Electchester. He graduated from John Bowne High School, and then the State University of New York at Buffalo.

Weinstein, along with his brother Bob Weinstein, and Corky Burger independently produced rock concerts as Harvey & Corky Productions in Buffalo through most of the 1970s. Both Weinstein brothers had grown up with a passion for movies and they nurtured a desire to enter the film industry. In the late 1970s, using profits from their concert promotion business, the brothers created a small independent film distribution company called Miramax, named after their parents - Miriam and Max. The company's first releases were primarily music-oriented concert films such as Paul McCartney's Rockshow. In the early 1980s Miramax acquired the rights to two British films of benefit shows filmed for human rights organization Amnesty International. Working closely with Martin Lewis, the producer of the original films, the Weinstein brothers edited the two films into one movie tailored for the American market. The resulting film was released as The Secret Policeman's Other Ball in May 1982 and it became Miramax's first hit. The movie raised considerable sums for Amnesty International and was credited by Amnesty with having helped to raise its profile in the US.

FULL ARTICLE AT WIKIPEDIA.ORG
This article is licensed under the GNU Free Documentation License.
It uses material from the Wikipedia article "Harvey Weinstein."
Back to Article
/