On Nov. 8, 1974, Ted Bundy attempted and failed to abduct 18-year-old Carol DaRonch in the parking lot of a Utah mall.

In 1923, Adolf Hitler leads a failed attempt to overthrow the German government in what has become known as the Beer Hall Putsch. Hitler was quickly arrested and charged with treason.

In 1933, U.S. President Franklin Roosevelt set up the Civil Works Administration as an emergency Depression agency to provide jobs for the unemployed.

In 1965, the United Kingdom formally abolishes the death penalty as Royal Assent is given to the Murder (Abolition of Death Penalty) Act 1965.

In 1973, the right ear of John Paul Getty III, who had been kidnapped four months earlier, was delivered, along with a ransom note, to a daily newspaper. The ransom was reluctantly paid, with Getty III found alive at a gas station in southern Italy.

In 1974, Ted Bundy attempted and failed to abduct 18-year-old Carol DaRonch in the parking lot of a Utah mall. Her testimony resulted in his conviction for kidnapping, landing him in jail until his escape in 1977. He killed more than 30 people and was executed in 1989.

In 1988, U.S. Vice President George H.W. Bush was elected as the 41st president of the United States.

In 2011, remains of U.S. soldiers were mishandled and body parts were lost at Dover Air Force Base in Delaware, a scathing Washington report concluded. Three senior officials at the base were disciplined following an 18-month investigation.

In 2013, Super Typhoon Haiyan, one of the most powerful typhoons ever recorded, smashed into the Philippines, causing death and destruction on island after island. The death toll rose into the thousands, with hundreds of people injured and missing and tens of thousands displaced. On Jan. 3, 2014, government officials said at least 6,166 people had been killed and 28,626 injured.

In 2016, voters elected businessman Republican Donald Trump to be president over Democrat Hillary Clinton. He became the first U.S. president with no prior military or government experience.

Top News // 3 hours ago
UPI Almanac for Friday, April 10, 2020
On April 10, 2010, Polish President Lech Kaczynski, his wife, Maria, and top government officials were among scores killed when their plane crashed. 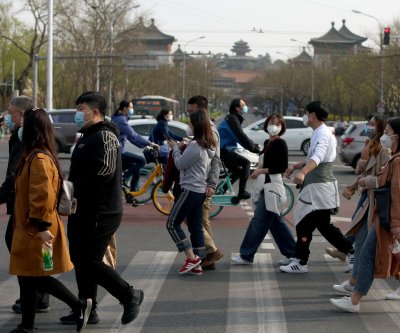 World News // 4 hours ago
Eurozone reaches $590B coronavirus rescue package
April 10 (UPI) -- European Union finance ministers have agreed to a $590 billion rescue package aimed at protecting their economies from the effects of the coronavirus pandemic.