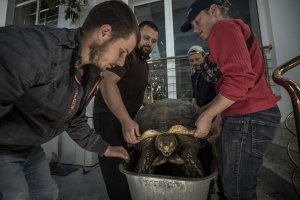 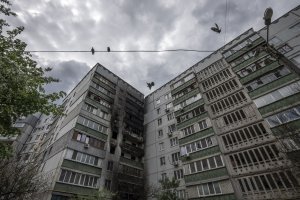 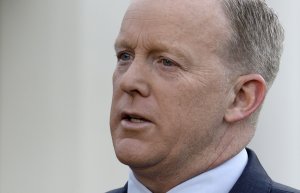 U.S. News // 2 weeks ago
Hitler's watch sells for $1.1M in auction, angering Jewish leaders
A watch gifted to Adolf Hitler on his birthday has sold for $1.1 million, drawing the ire of Jewish leaders against a Maryland auction house that routinely sells controversial memorabilia.

World News // 3 months ago
Israel condemns top Russian diplomat for claim that Adolf Hitler had Jewish blood
Israeli officials on Monday condemned remarks from Russia's chief diplomat that claimed that Nazi leader Adolf Hitler was Jewish and implied that Jewish captives during World War II were responsible for the Holocaust.

Voices // 5 months ago
War in Ukraine: realities, myths and blunders
In the Ukraine war, one reality is most troubling. That is the diametrically opposed views of Western and Russian perceptions of the war, how it is being waged and who is at fault.

Voices // 5 months ago
Leaving Russia is an easy stand for many western companies
Many companies in the U.S. and elsewhere have been quick to sever ties to Russia -- going well beyond applying the sanctions ordered by their governments.

I looked at him across the dining table and then I knew that what they say was true, that pigs eat the flesh of their own

I looked at him across the dining table and then I knew that what they say was true, that pigs eat the flesh of their own

John Kerry's Democrat Party sunk to a new low when it made the decision to actively distribute a bumper sticker from its St. Paul (Minn.) headquarters stating

Adolf Hitler (German pronunciation: ; 20 April 1889 – 30 April 1945) was an Austrian-born German politician and the leader of the National Socialist German Workers Party (German: Nationalsozialistische Deutsche Arbeiterpartei, abbreviated NSDAP), commonly known as the Nazi Party. He was Chancellor of Germany from 1933 to 1945, and served as head of state as Führer und Reichskanzler from 1934 to 1945. Hitler is most remembered for his central leadership role in the rise of fascism in Europe, World War II and the Holocaust.

A decorated veteran of World War I, Hitler joined the precursor of the Nazi Party (DAP) in 1919, and became leader of NSDAP in 1921. He attempted a failed coup d'etat known as the Beer Hall Putsch, which occurred at the Bürgerbräukeller beer hall in Munich on November 8–9, 1923. Hitler was imprisoned for one year due to the failed coup, and wrote his memoir, "My Struggle" (in German Mein Kampf), while imprisoned. After his release on December 20, 1924, he gained support by promoting Pan-Germanism, anti-semitism, anti-capitalism, and anti-communism with charismatic oratory and propaganda. He was appointed chancellor on January 30, 1933, and transformed the Weimar Republic into the Third Reich, a single-party dictatorship based on the totalitarian and autocratic ideology of Nazism.

Hitler ultimately wanted to establish a New Order of absolute Nazi German hegemony in continental Europe. To achieve this, he pursued a foreign policy with the declared goal of seizing Lebensraum ("living space") for the Aryan people; directing the resources of the state towards this goal. This included the rearmament of Germany, which culminated in 1939 when the Wehrmacht invaded Poland. In response, the United Kingdom and France declared war against Germany, leading to the outbreak of World War II in Europe.

FULL ARTICLE AT WIKIPEDIA.ORG
This article is licensed under the GNU Free Documentation License.
It uses material from the Wikipedia article "Adolf Hitler."