WASHINGTON, Nov. 9, 1960 (UPI)-John Fitzgerald Kennedy was elected president of the United States today in a race so close that the result was in doubt until this afternoon. Vice President Richard M. Nixon conceded victory to the 43-year-old Massachusetts senator at 12:45 p. m. after a morning which was filled with suspense in the photo-finish race.

A few seconds later President Eisenhower wired congratulations to the Democrat he had called an immature, "young genius" in Cleveland last Friday.

In New York, Henry Cabot Lodge, the defeated vice presidential candidate, also sent congratulations to Kennedy and called upon the American people to "close ranks" behind him.

Victory came to Kennedy after a morning which showed a tide of votes in Illinois and California which could have blocked his entry to the White House.

Several times he was ahead and then behind in Illinois as he sought four more electoral votes to clinch the election. In California, he appeared to be ahead but his lead was diminishing.

The race was so close that Nixon was "sizing up the situation" in his home state during the forenoon. But shortly after noon, as Kennedy retained his lead, he conceded.

Meanwhile, Kennedy again forged ahead in Illinois and scored an upset by winning Hawaii.

He plunged to victory by taking 21 states with 299 electoral votes, 30 more than necessary to win. He also was leading Minnesota and Illinois for another 38 electoral votes.

Nixon won 24 states which have 185 electoral votes. He was leading in two which have seven votes.

Kennedy's total included the entire electoral vote of Alabama and Georgia, although six of Alabama's 11 electors are not committed to him and Georgia's 12 are not pledged to him by law.

In contrast with the razor-thin margin in the presidential contest, Democrats easily retained control of Congress although the GOP took a small bite into the Democratic majorities in both the House and Senate.

With 34 Senate seats at stake, Democrats had won 20 and led in one undecided contest. Along with their 43 senators whose seats were not up this year, Democrats had an indicated total of 64, a drop of two from their present 66 seats.

Kennedy, a Catholic, was apparently both helped and hurt by the religious issue.

The presidential count began last night with big cities in the East giving him a commanding lead in both popular and electoral votes, once enough ballots were reported to show a trend. But his popular vote margin shrank with later reports from the Midwest and Far West, while doubts about late-reporting precincts made his claim to an electoral majority shaky.

In the South, Nixon failed to match President Eisenhower's record, largely because Texas stayed with the Democratic ticket and Kennedy's running mate, Sen. Lyndon B. Johnson of Texas. He did carry Virginia, Tennessee and Florida. He also won the border states of Kentucky and Oklahoma, where Kennedy's religion was a handicap.

Mississippi gave its eight electoral votes to an unpledged slate of electors who would like to see the presidential election thrown into the House of Representatives by preventing either candidate from getting a majority.

Nixon carried nearly all of the states in the farm belt-a recent trouble spot for the GOP.

Eisenhower, who had thrown all his prestige behind Nixon, was silent after an early evening appearance at the GOP election headquarters here to urge his party to keep fighting for votes as long as the polls were open.

Kennedy then had what looked like a safe lead, but voters still were marking ballots in the West.

Ticket-splitting, which became a widespread habit in the Eisenhower years, was still apparent yesterday. Massachusetts and New Jersey gave their electoral votes to Kennedy and re-elected Republican senators. 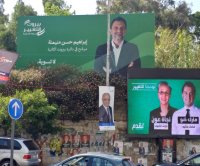 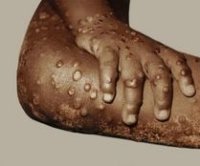 U.S. News // 26 minutes ago
Martin Shkreli released early from prison to halfway house
May 18 (UPI) -- Former pharmaceutical CEO Martin Shkreli was released from a Pennsylvania prison early Wednesday after serving part of a seven-year sentence for fraud, the federal Bureau of Prisons confirmed. 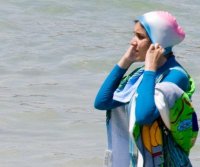 World News // 59 minutes ago
French government to appeal city's move to allow burqinis at public pools
May 18 (UPI) -- One day after lawmakers in Grenoble, France voted to allow Muslim women to wear burqini swimsuits at state-run swimming pools, the French government said Wednesday it will appeal the decision.

U.S. News // 1 hour ago
White House COVID-19 team reports substantial increase in cases but not in deaths
May 18 (UPI) -- U.S. cases of COVID-19 are substantially higher but there is no commensurate increase in COVID-19 deaths, White House coronavirus response coordinator Dr. Ashish Jha said during a briefing Wednesday.
Advertisement