On April 14, 1865, John Wilkes Booth shot President Abraham Lincoln during a performance of "Our American Cousin" at Ford's Theatre in Washington. Lincoln died the next morning. He was succeeded by Vice President Andrew Johnson. 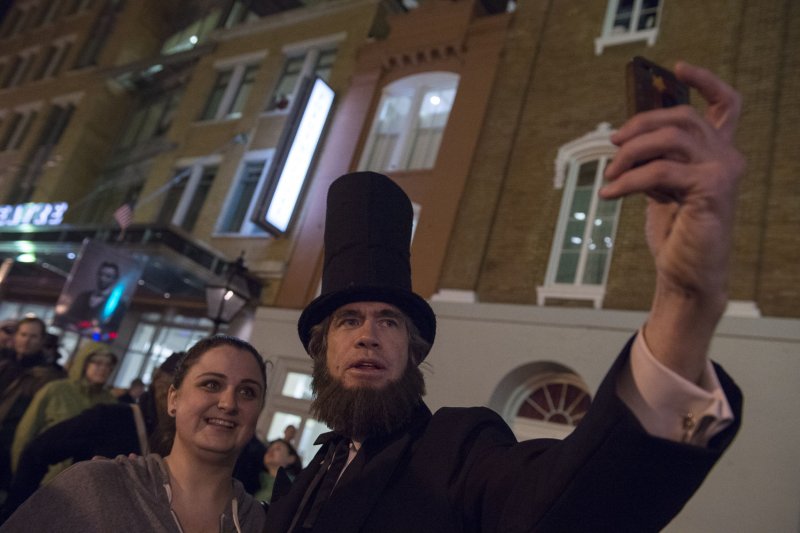 In 1775, the first slavery abolition society in North America was founded by Benjamin Franklin and Benjamin Rush.

In 1828, Noah Webster published his American Dictionary of the English Language. It was the first dictionary of American English to be published.

In 1861, the flag of the Confederacy was raised over Fort Sumter, S.C., as Union troops there surrendered in the early days of the Civil War.

In 1865, John Wilkes Booth shot President Abraham Lincoln during a performance of Our American Cousin at Ford's Theatre in Washington. Lincoln died the next morning. He was succeeded by Vice President Andrew Johnson.

In 1927, the first Volvo was produced in Sweden.

In 1931, King Alfonso XIII was deposed, ending 981 years of monarchical rule in Spain, and ushering in the Second Spanish Republic, the republican regime that governed Spain from 1931 to 1939.

In 1939, The Grapes of Wrath by John Steinbeck was published.

In 1963, Police broke up an Easter Sunday anti-segregation protest march in Birmingham, Ala., that saw African Americans attend services at two white churches.

In 1994, in what was called a tragic mistake, two U.S. warplanes shot down two U.S. Army helicopters in northern Iraq's no-fly zone. All 26 people aboard were killed.

In 2003, U.S. military officials declared that the principal fighting in Iraq was over after Marines captured Tikrit, Saddam Hussein's home town.

In 2007, 32 people died in the collision of a truck and a bus carrying elementary schoolchildren on a highway in Turkey.

In 2008, Silvio Berlusconi swept back into power in a third term as prime minister of Italy in a new election that gave him control of both houses of Parliament.

In 2013, Nicolas Maduro was elected president of Venezuela.

In 2014, the Pulitzer Prize for public service went to The Washington Post and Guardian U.S. for their stories based on documents leaked by former National Security Agency contractor Edward Snowden.

A thought for the day: "If there is anything that a man can do well, I say let him do it. Give him a chance." -- Abraham Lincoln

World News // 3 minutes ago
United States, Russia meet again over Ukraine with slim hopes for a breakthrough
Jan. 21 (UPI) -- Secretary of State Antony Blinken and Russian Foreign Minister Sergey Lavrov both said Friday they did not expect a breakthrough during their talks in Geneva but agreed they wanted discussions to happen and continue.

U.S. News // 8 hours ago
U.S. charges 4 Belarusian officials with air piracy over diverting Ryanair flight
Jan. 20 (UPI) -- U.S. prosecutors have charged four Belarusian government officials with one count of aircraft piracy for their role in last summer's forced landing of a Ryanair flight for the purposes of arresting a dissident reporter.

U.S. News // 10 hours ago
Snow, dangerous ice to bear down on Carolinas and Virginia
Parts of the Southeast and mid-Atlantic are bracing for a storm that will bring snow and ice from Friday into Saturday morning.
Advertisement