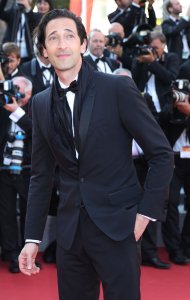 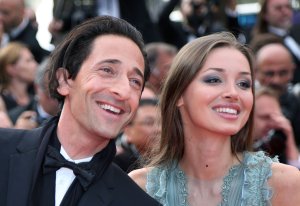 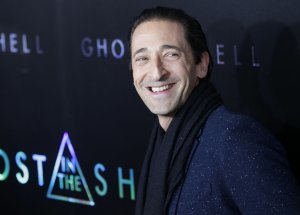 Entertainment News // 8 months ago
Emmy Awards: How to watch, what to expect
The 73rd annual Emmy Awards will air live Sunday from the Microsoft Theater in Los Angeles.

TV // 8 months ago
'Succession' Season 3 to premiere in October
HBO has announced that Season 3 of its dark dramedy, "Succession," will premiere this fall, about two years after its second season wrapped.

Entertainment News // 9 months ago
What to stream this weekend: 'Reminiscence,' 'WWE SummerSlam'
"Reminiscence," WWE "SummerSlam," "Truth Be Told" Season 2, "Stand Up to Cancer," "The Walking Dead" Season 11 and "Paw Patrol: The Movie" are some of the entertainment options streaming this weekend.

I felt very welcomed into their family and was honored to become a part of that. Hopefully, there will be more in the future. Wes is an amazing director

We recreated '50s Hollywood, a time in history that's really fascinating and glamorous

It depends on what kind of doors you want opened. ... I still do the same thing that I want to do. It's given me more of an opportunity to find the kind of roles that I want to play and, I think, on a business level, it's made me more marketable or whatever, but it's made it easier for (studios) to hire me for the roles I (had always) wanted to play

I had to learn to play... 'Ballad Number One' and really complex works of Chopin in a very short period of time

Adrien Brody (born April 14, 1973) is an American actor and film producer. He received widespread recognition and subsequent acclaim after starring in Roman Polanski's The Pianist (2002). He is the youngest actor to win the Academy Award for Best Actor in a Leading Role, at 29 years old.

Brody was born in Woodhaven, Queens, New York, the son of Sylvia Plachy, a photojournalist, and Elliot Brody, a retired history professor and painter. Brody's father is of Polish-Jewish descent; Brody's mother - who was raised Catholic - was born in Budapest, Hungary, the daughter of a Catholic Hungarian aristocrat father and a Czech Jewish mother. Brody was raised "without a strong connection to" Judaism and Catholicism. As a child, he performed magic shows at children's birthday parties as "The Amazing Adrien". He attended the Joseph Pulitzer Middle School (I.S.145) and New York's Fiorello H. LaGuardia High School of Music & Art and Performing Arts (famous as the inspiration for television's Fame). His parents enrolled him in acting classes to distance him from the dangerous children with whom he associated. He attended summer camp at Long Lake Camp for the Arts in the Adirondacks in upstate New York. Brody attended New York's Queens College from 1991 to 1993, majoring in Performance Art, but returned to acting before graduation.

In 1992, Brody was seriously hurt in a motorcycle accident in which he flew over a car and crashed head-first into a crosswalk. He spent months recuperating. He has broken his nose three times doing stunts. His nose was broken once again during the filming of Summer of Sam.

FULL ARTICLE AT WIKIPEDIA.ORG
This article is licensed under the GNU Free Documentation License.
It uses material from the Wikipedia article "Adrien Brody."