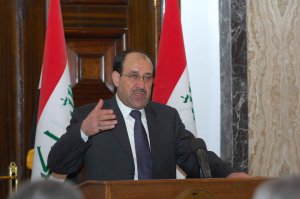 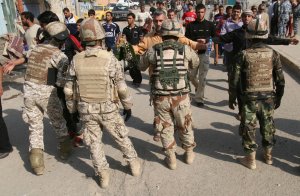 Voices // 1 month ago
Resentment of the West driving Vladimir Putin's barbarism in Ukraine
What is driving Russian President Vladimir Putin and his unconscionable, barbaric invasion of Ukraine? Is Putin in control of his emotions or is he irrational? Here are some possible answers.

Voices // 1 month ago
U.S.' existential battle is with internal political parties, not autocracies abroad
President Joe Biden has monopolized the international megaphone to rally the "free world" in an existential struggle against autocracy and to punish Russian President Vladimir Putin's reprehensible war on Ukraine.

Voices // 1 month ago
Below the radar: failing democracies, Pakistani turmoil and spread of nukes
American transfixion on Ukraine does not mean other events are on hold and other forces are not at work globally.

Voices // 2 months ago
War in Ukraine: realities, myths and blunders
In the Ukraine war, one reality is most troubling. That is the diametrically opposed views of Western and Russian perceptions of the war, how it is being waged and who is at fault.

Voices // 2 months ago
Western hypocrisy is one reason Vladimir Putin won't back down in Ukraine
Russia's invasion of Ukraine has shocked the world, but in many ways President Vladimir Putin has been building up to this for some time.

World News // 3 months ago
First-ever prosecution in 1988 Iran massacre puts spotlight on regime
A former Iranian prosecutor is on trial in Sweden in a landmark case over the deaths of thousands of political prisoners 34 years ago. But survivors of the 1988 massacre say it is the entire regime that's on trial.

My opportunity to sleep in this place is limited and almost scarce. I don't think there is anyone with a sensitive and humanitarian heart who can sleep amidst the screams of the tortured and the many blows of the doors and the squeaking sounds of the chairs

The laws must reform past oppression and not force an unjust division or ethnically cleanse the Kurds, nor should it legislate deals that only touch the surface of the matter

Saddam Hussein Abd al-Majid al-Tikriti (Arabic: صدام حسين عبد المجيد التكريتي Ṣaddām Ḥusayn ʿAbd al-Maǧīd al-Tikrītī; 28 April 1937 – 30 December 2006) was the fifth President of Iraq, serving in this capacity from 16 July 1979 until 9 April 2003. A leading member of the revolutionary Ba'ath Party, which espoused a mix of Arab nationalism and Arab socialism, Saddam played a key role in the 1968 coup that brought the party to long-term power.

As vice president under the ailing General Ahmed Hassan al-Bakr, and at a time when many groups were considered capable of overthrowing the government, Saddam created security forces through which he tightly controlled conflict between the government and the armed forces. In the early 1970s, Saddam nationalized oil and other industries. The state-owned banks were put under his control, leaving the system eventually insolvent. Through the 1970s, Saddam cemented his authority over the apparatuses of government as oil money helped Iraq's economy to grow at a rapid pace. Positions of power in the country were filled with Sunnis, a minority that made up only a fifth of the population.

Saddam suppressed several movements, particularly Shi'a and Kurdish movements seeking to overthrow the government or gain independence, respectively. Saddam maintained power during the Iran–Iraq War of 1980 through 1988. In 1990 he invaded and looted Kuwait. An international coalition came to free Kuwait in the Gulf War of 1991, but did not end Saddam's rule. Whereas some venerated him for his aggressive stance against Israel, including firing missiles at Israeli targets, he was widely condemned for the brutality of his dictatorship.

FULL ARTICLE AT WIKIPEDIA.ORG
This article is licensed under the GNU Free Documentation License.
It uses material from the Wikipedia article "Saddam Hussein."