In 1703, Czar Peter the Great founded St. Petersburg as the new capital of Russia.

In 1930, Richard Gurley Drew received a patent for his adhesive tape, which was later manufactured by 3M as Scotch tape.

In 1937, San Francisco's Golden Gate Bridge was opened. An estimated 200,000 people crossed it the first day.

In 1941, the British navy sank the German battleship Bismarck 400 miles west of the French port of Brest.

In 1968, the U.S. nuclear submarine Scorpion disappeared in the Atlantic with 99 men aboard.

In 1988, the U.S. Senate voted 93-5 in favor of the U.S.-Soviet treaty to abolish intermediate-range nuclear missiles.

In 1990, Cesar Gaviria, 34, was elected president of Colombia after a campaign in which three candidates were killed. He vowed to make no deals with the cocaine cartels.

In 1992, hours after a Russian-brokered cease-fire went into effect in Bosnia, Serb guerrillas launched a surprise mortar bombardment on Sarajevo, killing at least 20 people and injuring up to 160 more waiting in lines to buy bread.

In 1993, five people were killed when a car bomb exploded near an art gallery in Florence, Italy. A few paintings by relatively minor artists were destroyed.

In 1997, Russian President Boris Yeltsin and the leaders of NATO nations signed an agreement clearing the way for NATO expansion to the east.

In 1999, Yugoslav President Slobodan Milosevic and four other Serbian leaders were indicted on murder and other war crimes. Milosevic went on trial in 2002 for war crimes but died in 2006 before the trial ended.

In 2005, a suicide bomb killed 19 people at a crowded Muslim shrine in Islamabad, Pakistan, on the last day of a Shiite-Sunni religious festival.

In 2006, a major earthquake struck the Indonesian island of Java, killing a reported 5,000 people and leaving an estimated 200,000 homeless.

In 2007, the bodies of 45 people were found in southern Baghdad. The deaths brought the number killed in April sectarian violence in Baghdad to 631.

In 2008, the U.S. Supreme Court handed down two decisions protecting employees from retaliation when complaining about discrimination in the workplace.

Also in 2008, Israeli Prime Minister Ehud Olmert became tangled in an investigation over alleged corruption earlier in his career. Olmert denied doing anything improper but fellow lawmakers began calling for his resignation.

Also in 2009, Mexican authorities reported arresting 27 mayors and other officials in connection with that country's brutal drug war.

In 2010, U.S. Vice President Joe Biden said the number of American troops in Iraq would be trimmed to 50,000 by summer while U.S. troop presence in Afghanistan would approach 100,000.

In 2011, a Wisconsin judge granted a permanent injunction that voided the new state law curbing collective bargaining rights for many state and local employees, citing violation of the open meetings law by Senate Republicans prior to their vote on the issue.

A thought for the day: Henry Wadsworth Longfellow wrote, "Most people would succeed in small things, if they were not troubled with great ambitions." 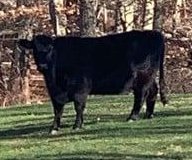