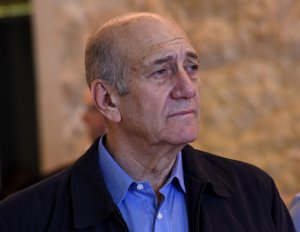 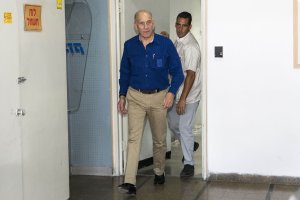 World News // 4 years ago
Ex-Israeli PM Olmert to be let out on parole
Former Israeli Prime Minister Ehud Olmert, who is serving a prison sentence for corruption, could be released early, as soon as Sunday, officials said.

Top News // 5 years ago
The Almanac
On July 10, 1925, the so-called Monkey Trial, in which John Scopes was accused of teaching evolution in school, a violation of state law, began in Dayton, Tenn.

This is a false accusation that has no basis, for which there is no evidence. I never knew about it

In a normal country, I wouldn't need his [accountant general] approval

In my opinion, the issue of the building freeze at the settlements is marginal

If we had reached an agreement, it would have changed the map of the world and the entire Middle East

Olmert and his government enjoyed healthy relations with the Fatah-led Palestinian National Authority, which culminated in November 2007 at the Annapolis Conference. However, during his tenure as Prime Minister, there were major military conflicts with both Hezbollah and Hamas (predominately in the Gaza Strip). Olmert and Minister of Defense Amir Peretz were heavily criticized for their handling of the 2006 Lebanon War. In late 2008, a ceasefire between Hamas and Israel ended, which led to the 2008–2009 Israel–Gaza conflict. Olmert declared that the Israeli Defense Force would target the Hamas leadership and infrastructure in the war.

FULL ARTICLE AT WIKIPEDIA.ORG
This article is licensed under the GNU Free Documentation License.
It uses material from the Wikipedia article "Ehud Olmert."