There are reports in Hollywood that officials at the Academy of Television Arts & Sciences are determined to go on with the 53rd annual Primetime Emmy Awards, and that they have decided against attempting to hold the event at the Shrine Auditorium in Los Angeles.

"We already did that," an Emmy insider told Daily Variety. "It's not something you would want to do again."

The academy's executive committee is scheduled to meet Thursday, and an announcement about a decision could come as soon as Friday.

One idea under consideration is to present the show as entertainment for troops at a military base in California. Another idea that has been floated is to combine clips of Emmy-nominated shows with segments that had already been produced for the canceled Oct. 7 ceremonies, and present the entire package as a TV special.

The Emmys, originally scheduled for Sept. 16, were rescheduled for Oct. 7 after the Sept. 11 terror attacks on New York and Washington. But the Oct. 7 ceremonies were called off at the last minute after the United States and Britain launched strikes on Afghanistan.

Herbert Ross, who moved smoothly from choreographer to Hollywood director when he was in his 40s, died Tuesday at 74.

He was best-known for his ability to direct co-called "women's pictures," such as "Steel Magnolias" (1989) and "The Turning Point" (1977). Shirley MacLaine, who starred in both of those movies, told the Los Angeles Times: "Herbert was a great director because he took his knowledge of dance into the movement of acting. He mastered flamboyance and sensitivity. He was a (dance) gypsy who at the end understood it all. I will miss him deeply."

Ross had been in poor health for more than a year. His niece, Louise Jaffe, told the paper he had been hospitalized for several months before he died of heart failure.

Ross broke into show business as a dancer. He began choreographing Broadway musicals in the 1950s, with "A Tree Grows in Brooklyn" and "House of Flowers." He also worked on television, as a choreographer for "The Milton Berle Show," "The Martha Raye Show" and various Hallmark Hall of Fame productions.

One of his most successful Broadway assignments was directing a show-stopping number for Barbra Streisand in her career-making debut, "I Can Get It for You Wholesale." He was nominated for a Tony for his choreography for "Anyone Can Whistle."

Ross was married to prima ballerina Nora Kaye from 1959 until her death from cancer in 1987. He later married Lee Bouvier Radziwill, sister of the late Jacqueline Kennedy Onassis. They split up in 1999.

The 43-year-old star of "Casino" and "Basic Instinct" was discharged Sunday from a San Francisco hospital after treatment for a subarachnoid hemorrhage. In layman's terms, that's bleeding on the brain.

When Stone was hospitalized on Sept. 29, doctors first thought that she might have suffered a brain aneurysm. No aneurysm was found. Surgeons performed an endovascular coil embolization, a procedure that should prevent further complications.

"Sharon Stone is completely intact neurologically, and she will have no medical restrictions on her personal or professional activities," said Dr. Michael Lawton, chief of cerebrovascular surgery at UC San Francisco.

"I would like to thank my fans for their love and support and the miraculous power of prayer," Stone said in a statement. "I am forever grateful."

'MUMMY RETURNS' A SMASH ON VIDEO

"The Mummy Returns" is doing its part to goose consumer spending, taking in a record $90 million in the purchase and rental on VHS and DVD in its first week in release.

Sales figures show the feature -- which grossed $202 million at the box office this year, good for No. 35 on the all-time list of U.S. blockbusters -- sold more than 2 million DVD copies in its first week.

Consumers spent $15.4 million to rent "The Mummy Returns" during its first week in stores.

DVD sales are providing a significant lift for the retail and entertainment sectors. Sales of DVD players and titles are expected to spike even higher, with new releases such as "Snow White and the Seven Dwarves" and upcoming releases including "Dr. Seuss' How the Grinch Stole Christmas," "Jurassic Park III" and "Shrek."

Martin Sheen, the Emmy-winning star of "The West Wing," is burnishing his image as a man of the political left with an appearance in a new movie trailer in which he urges Americans to oppose plans to drill for oil in Alaska's Arctic National Wildlife Refuge.

The Alaska Wilderness League issued a statement saying that the trailer will run Wednesday -- even as "The West Wing" has its official season premiere in NBC -- in movie theaters in Washington, D.C., and 12 states: Arizona, California, Georgia, Hawaii, Illinois, Indiana, Louisiana, Missouri, New York, North Dakota, New Mexico and Oregon.

Using footage of the Arctic refuge -- with images of polar bears, eagles and caribou -- the trailer asks whether the refuge is "worth destroying forever, for six months of oil" and urges viewers to call on Congress to vote against drilling for oil there.

For a guy whose last movie went down the tubes, Peter Chelsom sounds pretty sure of himself -- secure enough to dump on Hollywood icon Warren Beatty.

According to a report in the New York Daily News, Chelsom is still blaming Beatty for the critical and commercial failure of the attempted comedy, "Town and Country," in which Beatty, Diane Keaton, Goldie Hawn and Garry Shandling struggled mightily, but failed, to get laughs.

"I just can't understand why Warren Beatty now has to go around telling everyone that he had nothing to do with all the delays that held it up," Chelsom told the paper at a screening of his new film, "Serendipity."

"Warren insisted on dozens of script changes and reshoots," said Chelsom, whose credits also include the more highly regarded "Hear My Song" (1991) and "Funny Bones" (1995).

"He now wants to pretend that he was just one of many actors following directions like everyone else. It's ridiculous and insulting."

Chelsom confided that even Diane Keaton told him as much a few days ago.

"Diane ... took me aside and said that at least I should take comfort in the knowledge that I'd never have it that bad again," he said. "Was she referring to the fact that I would never work with Warren Beatty again? Well, I guess we both knew."

Whitney Houston's recording of "The Star-Spangled Banner" is the No. 1 Soundscan single in the country, and has been certified platinum for U.S. sales in excess of 1 million copies.

Houston's record company, Arista, announced the new sales figures. Houston, the Whitney Houston Foundation For Children Inc. and Arista Records have agreed to donate royalties and net proceeds from all sales of the single to the New York Firefighters 9-11 Disaster Relief Fund and the New York fraternal Order of Police.

"When I first performed 'The Star-Spangled Banner' in 1991, we were in the midst of the Gulf War and the country was united," said Houston in a statement released by Arista. "This anthem has always been the musical symbol for the United States of America. I am proud to be able to participate in this way."

Houston first performed her version of "The Star Spangled Banner" at Super Bowl XXV in 1991. She made it the closing track of "Whitney -- The Greatest Hits" last year.

That collection has gone double-platinum in the United States and has sold nearly 10 million copies around the world.

Odd News // 1 hour ago
Bull moose removed from Colorado parking garage
July 28 (UPI) -- Wildlife officials in Colorado said a large bull moose was tranquilized and relocated after wandering into the ground floor of a parking garage.

Odd News // 20 hours ago
Kitten rescued from car undercarriage after running onto highway
July 27 (UPI) -- A kitten spotted running in the middle lane of a New Jersey highway was rescued from inside the undercarriage of a car that stopped to help the feline. 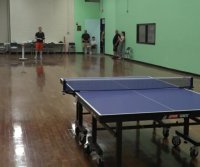 Odd News // 1 day ago
Baby elephant rescued from narrow well in India
July 27 (UPI) -- Officials with the Indian Forest Service came to the rescue of a baby elephant that fell into a narrow well and was unable to climb out.