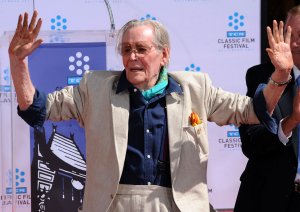 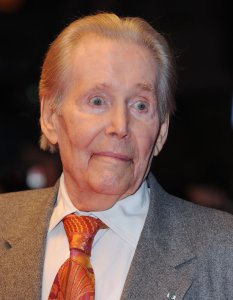 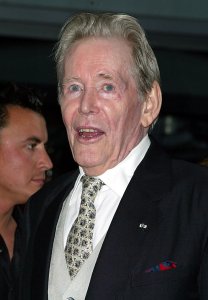 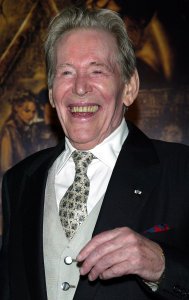 Top News // 5 years ago
The Almanac
On Dec. 14, 1911, Norwegian explorer Roald Amundsen became the first person to reach the South Pole. The world would have to wait until March 7, 1912 before learning of Amundsen's triumphant feat.

Top News // 5 years ago
The Almanac
On Aug. 2, 1923, President Warren G. Harding died of a stroke in a San Francisco hotel at the age of 58. He was succeeded by Vice President Calvin Coolidge.
TV // 7 years ago
Sara Bareilles performs 'Smile' during Robin Williams Emmy Tribute
Sara Bareilles gave a heart-wrenching performance of Nat King Cole's "Smile" while performing during the 'In Memoriam' tribute at the Emmy Awards on Monday.
Odd News // 7 years ago
The Almanac
UPI Almanac for Saturday, Aug. 2, 2014
Movies // 8 years ago
Colin Farrell says working with Eva Marie Saint was 'a dream'
Irish actor Colin Farrell, who has expressed in the past his great esteem for film legends like Peter O'Toole and Elizabeth Taylor, says sharing the screen with Eva Marie Saint in the supernatural romance "Winter's Tale" was a career highlight for him.
TV // 8 years ago
At year's end: Hollywood icons mourned: Gandolfini, Monteith, Walker
2013 saw the sad passings of numerous titans of the entertainment industry, including "Bathing Beauty" star Esther Williams, "All in the Family" matriarch Jean Stapleton, "Rebecca" actress Joan Fontaine and "Lawrence of Arabia" actor Peter O'Toole.
Movies // 8 years ago
Peter O'Toole dies at age 81
British actor Peter O'Toole, known for his role in the classic "Lawrence of Arabia," died at a hospital in London, his agent said. He was 81.
Odd News // 8 years ago
The almanac
UPI Almanac for Friday, Aug. 2, 2013.
Movies // 9 years ago
'Lawrence of Arabia' set for rerelease
"Lawrence of Arabia" will be re-released in U.S. theaters to mark the Oscar-winning epic's 50th anniversary, Fathom Events and Sony Pictures Entertainment said.

We will have the Oscar for him and if he cares to pick it up, that would be great

Peter Seamus Lorcan O'Toole (born 2 August 1932) is an Irish-born English actor of stage and screen who achieved stardom in 1962 playing T. E. Lawrence in Lawrence of Arabia. He went on to become a highly-honoured film and stage actor. He has been nominated for eight Academy Awards, and holds the record for most competitive Academy Award acting nominations without a win. He has won four Golden Globes, a BAFTA, and an Emmy, and was the recipient of an Honorary Academy Award in 2003 for his body of work.

Peter Seamus Lorcan O'Toole was born in 1932. Some sources give his birthplace as Connemara, County Galway, Ireland, and others as Leeds, in West Riding of Yorkshire, England, where he grew up. O'Toole himself is not certain of his birthplace or date, noting in his autobiography that, while he accepts 2 August as his birthdate, he has a birth certificate from each country, with the Irish one giving a June 1932 birthdate. O'Toole is the son of Constance Jane (née Ferguson), a Scottish nurse, and Patrick Joseph O'Toole, an Irish metal plater, football player and racecourse bookmaker. When O'Toole was one year old, his family began a five-year tour of major racecourse towns in Northern England. He was raised Roman Catholic. O'Toole was evacuated from Leeds early in World War II and went to a Catholic school for seven or eight years, where he was "implored" to become right-handed. “I used to be scared stiff of the nuns: their whole denial of womanhood – the black dresses and the shaving of the hair – was so horrible, so terrifying,” he later commented. “Of course, that's all been stopped. They're sipping gin and tonic in the Dublin pubs now, and a couple of them flashed their pretty ankles at me just the other day.”

Upon leaving school O'Toole obtained employment as a trainee journalist and photographer on the Yorkshire Evening Post, until he was called up for national service as a signaller in the Royal Navy. As reported in a radio interview in 2006 on NPR, he was asked by an officer whether he had something he had always wanted to do. His reply was that he had always wanted to try being either a poet or an actor. O'Toole attended the Royal Academy of Dramatic Art (RADA) from 1952 to 1954 on a scholarship after being rejected by the Abbey Theatre's drama school in Dublin by the director Ernest Blythe, because he couldn't speak Irish. At RADA, he was in the same class as Albert Finney, Alan Bates and Brian Bedford. O'Toole described this as "the most remarkable class the academy ever had, though we weren't reckoned for much at the time. We were all considered dotty."

FULL ARTICLE AT WIKIPEDIA.ORG
This article is licensed under the GNU Free Documentation License.
It uses material from the Wikipedia article "Peter O'Toole."